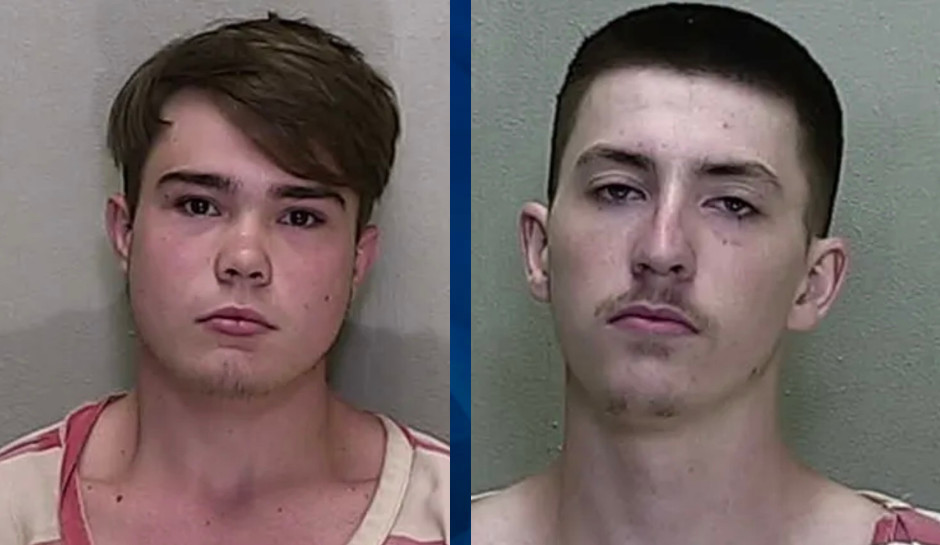 Two Florida teens initially blamed the fatal shooting of a 16-year-old friend on “unknown people” who opened fire on the home, but another teen gave police video he recorded of what really happened.

As CrimeOnline previously reported, 16-year-old Christopher Leroy Broad Jr died on April 3 after Joshua Vining, 17, shot him while the two were taking turns shooting at one another wearing body armor. Vining has been charged with aggravated manslaughter of a child with a firearm, and another 17-year-old — Colton Whitler — has been charged with providing false information about the shooting to law enforcement.

Both Vining and Whitler have been charged as adults.

According to the arrest affidavits, two other teens were present at the time of the shooting, including an 18-year-old — identified as Evan Vowell — who recorded the incident in two separate videos on Snapchat, WKMG reported. Vowell told investigators that Vining showed the group a 9mm handgun and the vest and asked if they “had ever seen anyone get shot with a bullet proof vest on.”

Vowell’s first video shows Vining wearing the vest as Broad fires one shot at him. Then the two switched roles for the second video, and Vining shot Broad once. Broad nodded, and then Vining shot him four more times, police said.

But one of the bullets hit Broad in an area uncovered by the vest, according to the Ocala Star Banner. When police arrived on the scene, they found Vining performing CPR. The 16-year-old was taken to HCA Florida Ocala Hospital, where he was pronounced dead.

Initially, police said, they were unable to get information because Vining was “distraught” and was taken to the hospital with a panic attack.

Whitler, who called 911, had told a dispatcher that unknown people opened fire at the home, hitting Broad. He said that he didn’t know how many people were involved. Police went to the hospital to speak with Vining, who told them that’s he’d fired at a vehicle that was leaving the area after the shooting, using a gun his father left for him for protection. Both Whitler and Vining said there had been two other boys present, and that they had left after the shooting.

But when police found the two boys who had left the house, that story began to unravel. The first boy, a juvenile, said he didn’t see the shooting, but Vowell told investigators that he had recorded two videos and deleted the video of the fatal shooting. He agreed to let officers take his phone to recover the deleted file.

When Whitler was interviewed by police later, he told them that he, Vining, and Broad had been hanging out together when two other friends came by. He said that Broad put on the vest and asked to be shot, something he said the boys had done in the past. After Broad was shot, he said, the other two boys left.

Belleview police and Marion County prosecutors met several times to discuss the case before prosecutors decided to charge Vining and Whitler as adults. They were arrested on Thursday. Vining was given a $30,000 bond, while Whitler was given a $1,000 bond.

Both boys posted bond and were released.