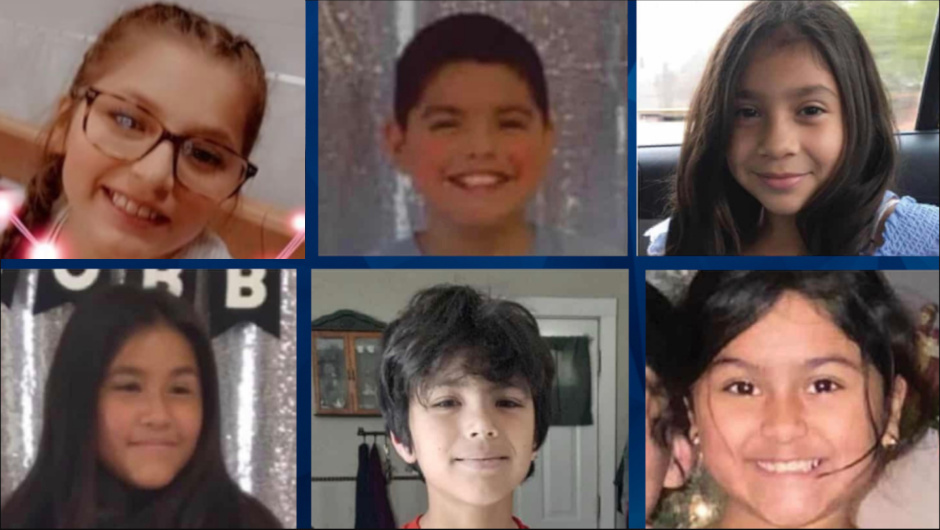 PICTURED: 19 Children and Their 2 Teachers Who Were Slaughtered in the Classroom

As of Wednesday afternoon, a total of 21 people — 19 children and three adults — died as a result of Tuesday’s shooting at Robb Elementary School in Uvalde, Texas.

Officials told CNN that parents have provided DNA to help authorities identify some of the victims. The Texas Department of Safety said all the children were killed in the same classroom.

The victims range in age from 8 to 11 for the children, and the two teachers killed were 44 and 46. Many of the students had been to an awards ceremony in the morning on Tuesday where they received honor roll certificates and other awards.

READ More: What We Know About Killer Teen Who Opened Fire at Elementary School, Killing 19 Children

The two teachers killed in the Robb Elementary School shooting have been identified as fourth-grade co-teachers Eva Mireles, 44, and Irma Garcia, 46. They were co-teachers in the 4th grade classroom.

The suspected shooter, an 18-year-old who attends a neighboring high school, was fatally shot by law enforcement after crashing his truck outside Robb Elementary and barricading himself inside a fourth-grade classroom, where he opened fire. Reports indicated that the suspect purchased two AR rifles days after his 18th birthday.

See more from CrimeOnline on the shooting.