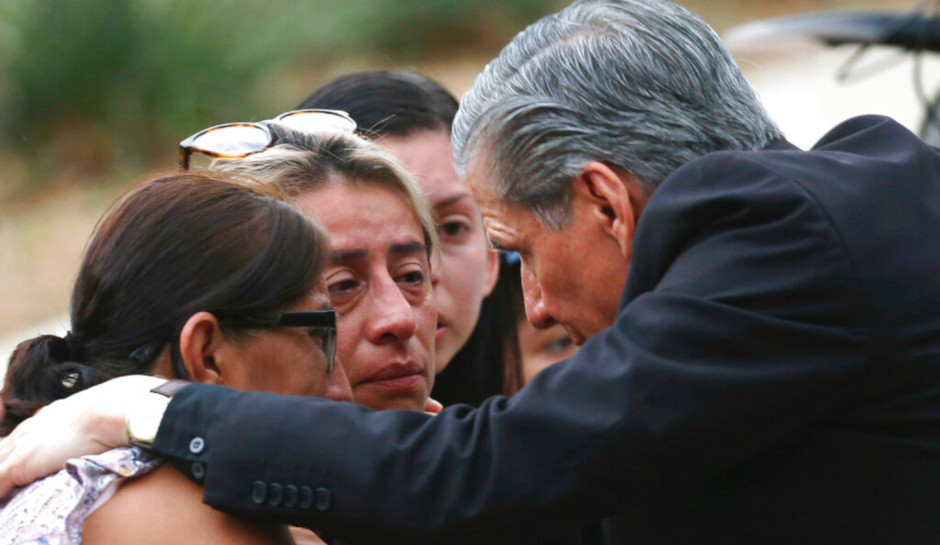 ‘We Are All in Mourning’: Texas Town Wakes Up to New Reality After Deadly School Shooting

An 18-year-old gunman shot his grandmother on Tuesday morning, then drove to a Texas elementary school. What he did next has left the small community of Uvalde awash in shock and grief.

Police officers who engaged him outside Robb Elementary School failed to stop him from entering. Once inside, Salvador Ramos barricaded himself inside a 4th grade classroom, where he killed 19 students and two teachers, as CrimeOnline previously reported, before law enforcement broke into the classroom and killed him.

An unknown number of people — mostly students — were wounded.

Ramos reportedly shot his grandmother at her home Tuesday morning — she was lifeflighted to San Antonio and is in serious condition, Olivarez said — before driving to the school.

“We are all in mourning. We are family because we are a small community,” said Joe Perez, a 66-year-old minister of Getty Street Church of Christ, where some of the town gathered Tuesday night for a prayer vigil, according to the Texas Tribune.

“We cannot just say this is going to happen again,” García-Siller told the congregants. “Something has to be done.”

“We the people are on the edge,” he told Crux, an independent Catholic news site, earlier. “We don’t know much about the person who committed these killings, but whatever the case is, arms are available and people are dying and we have made guns as idols, in our faith we would call idolatry, but they are sacred to the point that we don’t take measures to help avoid these situations. It’s horrible.”

Parents seeking word of their children gathered at Uvalde’s civic center until late in the night as authorities took DNA samples to match with children whose bodies they found inside the grisly crime scene. Politicians offered the requisite hopes and prayers, and some called for arming teachers to prevent slaughters like the one in Uvalde.

A grandmother told KENS that her 9-year-old grandson was wounded in the shooting.

“He goes, ‘It sounded like fireworks, Grandma.’ It was in his classroom,” she said.

“It didn’t go through any bone. It didn’t do any damage, hopefully no nerve damage and stuff, but he was just released and we thank God for that,” she said. “We’re praying for all of the children that were taken by this mass murderer. He took a life of a teacher. And all these families are at a loss for everything that’s happened.”

Uvalde’s most famous citizen, actor Matthew McConaughey, also addressed the shooting, writing on Twitter that ““Once again, we have tragically proven that we are failing to be responsible for the rights our freedoms grant us.”

Olivarez told CNN there were “a lot of unanswered questions” about the shooting, including whether the school was intended as a target from the beginning.

“We’re trying to determine that, that’s why we’re working with FBI right now to kind of look back to see if there were any indicators, any red flags, looking at social media,” he said. “What we know about the shooter is that he is a resident here in Uvalde, he did attend one of the local high schools, he lived with his grandparents, was unemployed, no friends, no girlfriend that we can identify at this time, no criminal history, no gang affiliation as well.”

Whatever the reason for Tuesday’s shooting, Uvalde will never be the same.

[Featured image: The archbishop of San Antonio, Gustavo Garcia-Siller, comforts families outside the Civic Center on May 24, 2022. (AP Photo/Dario Lopez-Mills)]