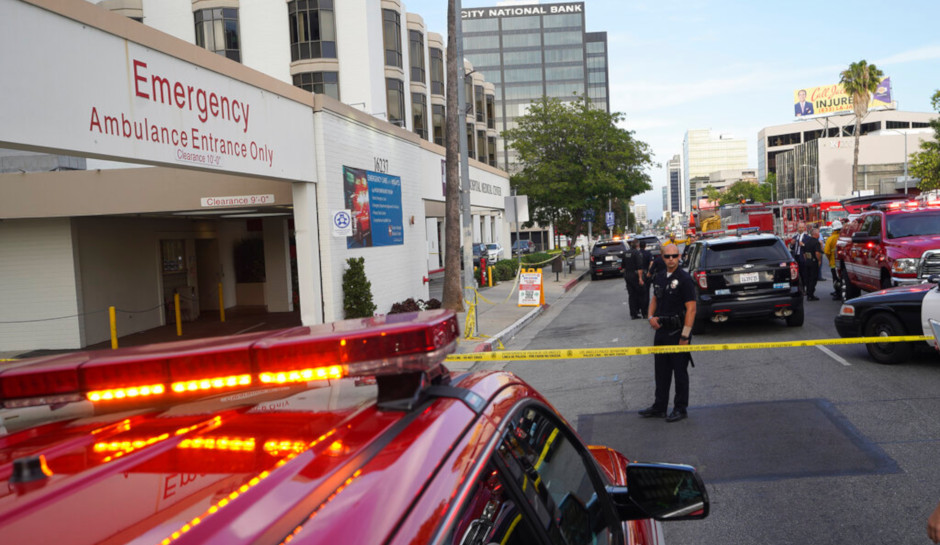 Police ID Suspect in Hospital Stabbing Attack; 2 of 3 Victims Have Been Released

Los Angeles police have identified the man who stabbed a doctor and two nurses inside a hospital on Friday, but still haven’t determined a motive for the bloody attack.

Police said Ashkan Amirsoleymani, 35, entered the Encino Hospital Medical Center just before 4 p.m. with his dog and asked for treatment for injuries suffered in a car crash, then suddenly attacked.

The three wounded people were taken to a trauma center with critical injuries, as CrimeOnline previously reported, but by Saturday afternoon, two had been released and the third was reported stable and in fair condition, Dignity Health Northridge Hospital Medical Center said, according to KTLA.

Police officers tried and failed to negotiate Amirsoleymani’s surrender, KNBC reported, before employing “some of our other methods outside of negotiations,” Deputy Chief Alan Hamilton of the LAPD Valley Bureau.

Officers contained him in an area near the emergency room while they cleared the rest of the hospital’s first floor.

Hamilton said Amirsoleymani was known to police and had been arrested twice for assaulting police officers.

Police said they have not found any evidence of a car crash Amirsoleymani might have been involved in. They also said they’ve seen no evidence that he targeted anyone in particular at the hospital.

Investigators said they recovered a knife with a 3- to 4-inch blade at the scene and that the suspect acted alone.

He was jailed on three counts of attempted murder and given a $3 million bail.