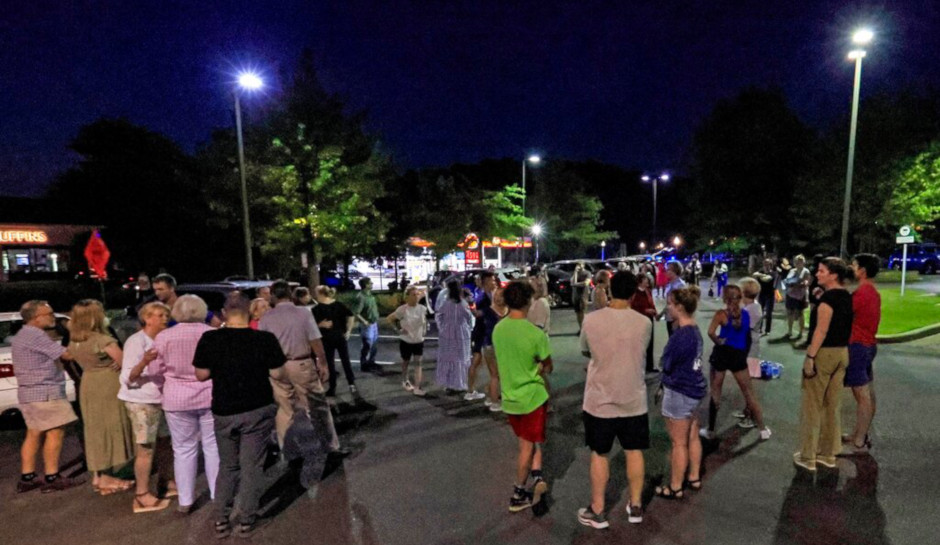 A small group of people had gathered at the church for a “Boomer’s Potluck” Thursday evening. Ware said Thursday night that the suspect started shouting before pulling out a gun and firing, as CrimeOnline previously reported.

“Another attendee at the event subdued the suspect and held him down until law enforcement arrived,” he said.

That person undoubtedly saved lives, Ware said, and “in my opinion, was a hero.”

The captain said it was “not appropriate” to speculate on a motive for the shooting, saying multiple law enforcement agencies were investigating.

Ware added that the suspect was being held in jail pending capital murder warrants, expected to be issued later Friday by the Jefferson County District Attorney’s Office. At that time, he said, the suspect’s name will be released.

Vestavia Hills Mayor Ashley Curry praised the work of law enforcement from Vestavia Hills and the surrounding area, saying the incident was handled “in an exemplary manner.”

“Vestavia Hills is a close-knit, resilient, loving community,” Curry said. “Our prayers go out to the victims and families affected by this senseless act of violence.”