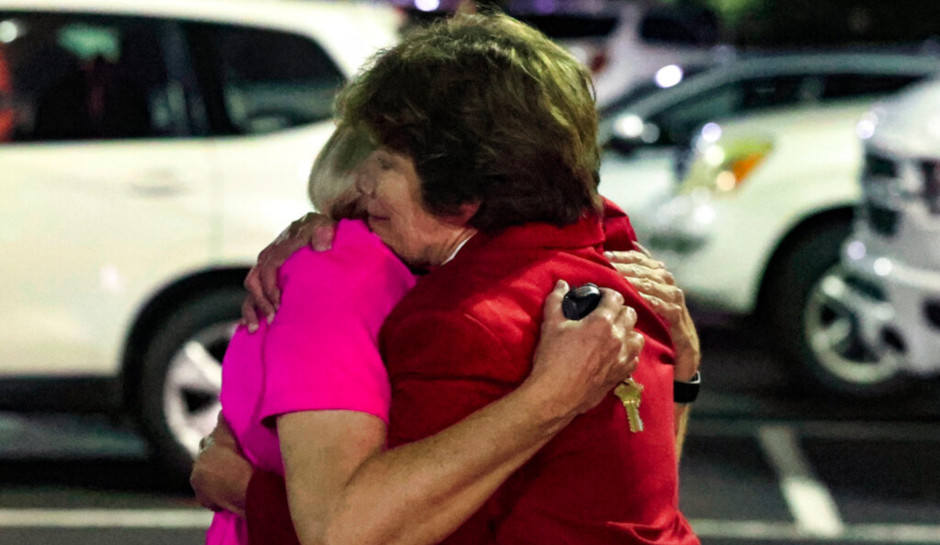 A 70-year-old licensed firearms dealer has been charged with three counts of capital murder in a shooting Thursday evening at an Alabama church potluck.

Walter Bartlett Rainey, 84, was pronounced dead at the scene at Saint Stephen’s Episcopal Church in Vestavia Hills, southeast of Birmingham. Sarah Yeager, 75, and Jane Pounds, 84, were taken to hospitals, where Yeager was pronounced dead Thursday night, and Pounds died from her injuries on Friday, WBRC reported.

Robert Findlay Smith was held overnight at the Vestavia Hills jail and has been transfered to the Jefferson County jail, where he’s being held without bond.

The shooting came at a “Boomers Potluck” dinner at the church that started at 5 p.m., as CrimeOnline previously reported.

About 25 people attended the event, including Smith, who sat alone, AL.com said. Church founder the Rev. Doug Carpenter told AL.com said Rainey approached Smith and invited him to sit at a table. Smith refused to join, then pulled out a handgun and shot the three victims.

Church member Jim Musgrove hit Smith with a chair and took the gun from him, Carpenter said.

“It was extremely critical in saving lives,’’ Vestavia Hills Police Capt. Shane Ware said at a news conference Friday morning. “In my opinion, he’s a hero.”

Smith claimed to be a former member of the church, said Carpenter, who retired in 2005, but no one at the dinner knew him.

Law enforcement declined to discuss a possible motive for the shooting, and AL.com said court records show no prior violent crimes for the suspect. He received DUIs in 2016 in Alabama and in 2005 in Chattanooga, and won a civil case against a University of Alabama Birmingham police officer who detained him on Samford University’s campus in 2008. Smith claimed the university and the officer fabricated evidence that he was carrying a firearm on campus and impersonating a police officer by carrying badge.

Rainey’s family issued a statement thanking everyone who’d offered “prayers and a thousand different kindnesses to ease the loss we all feel acutely today.”

“Bartlett was a husband of 61 years to Linda Foster Rainey, and we are all grateful that she was spared and that he died in her arms while she murmured words of comfort and love into his ears,” the statement said. “We also feel a sense of peace that his last hours were spent in one of his favorite places on earth, St. Stephen’s Episcopal Church, a place that welcomes everyone with love.”

The City of Pelham, Alabama, also released a statement remembering Yeager, who was the widow of David Yeager, the son of Pelham’s first mayor, Paul Yeager, Sr.

[Featured image: Church members console each other after the shooting. (AP Photo/Butch Dill)]