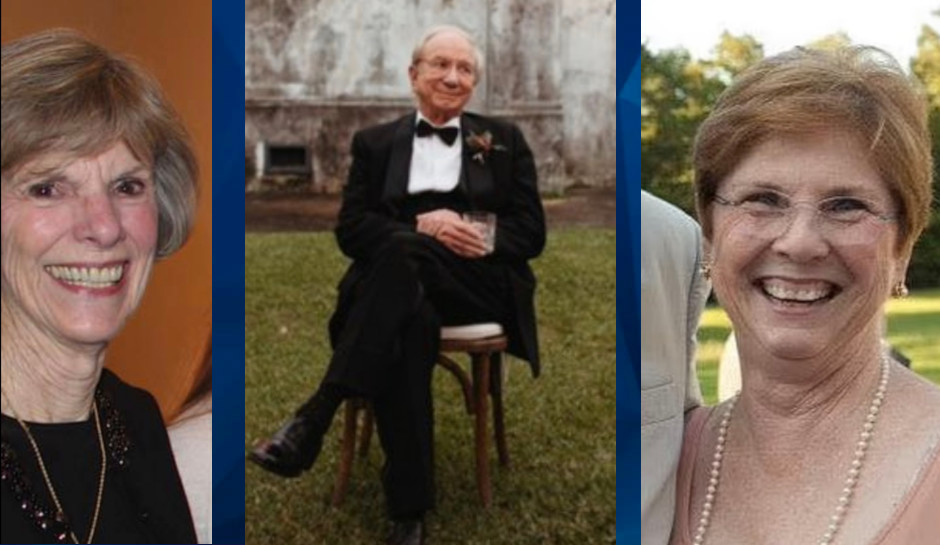 Congregants at Alabama Church Return to Services After Deadly Shooting

Congregants returned to Saint Stephen’s Episcopal Church in Vestavia Hills, Alabama, on Sunday, just days after a 70-year-old former gun dealer murdered three of their number during a monthly “Boomer’s Potluck” dinner in the parish hall.

The church’s rector, the Rev. John Burress, was in Greece at the time of the shooting but returned to Alabama Friday night, according to AL.com. On Sunday morning, he noted similarities between the shooting and one of Christianity’s most famous events — the Last Supper.

“It was a simple meal of fellowship and love,” Burruss told the congregants. “He even invited his friend who would ultimately betray him … Jesus loved Judas so deeply, it cost him his life.”

Three members of Saint Stephen’s — Walter “Bart” Rainey, Sarah Yeager, and Jane Pounds — did much the same, he said.

“So he went over and said, ‘Come on and join us,’” Douglas Carpenter, who founded the church in 1973 and retired in 2005, told WBRC. “The fellow said no, he wouldn’t. Bart Rainey’s wife Linda said, ‘Oh you don’t have any food, let me bring you some food.’ But he decided he didn’t want her to bring any food and then just right after that, he started shooting.”

Bart Rainey was shot and died at the scene. Yeager, 75, and Pounds, 84, were wounded and rushed to hospitals, where Yeager died later Thursday night. Pounds succumbed to her injuries on Friday, as CrimeOnline previously reported.

Another member of the church, Jim Musgrove, “charged the man even though the man was pointing his gun at him, hit him with a folding chair, knocked him down, pulled his gun away from him, and hit him over the head with his own gun,” Carpenter said.

A disheveled Smith, a licensed gun dealer, stares out of his Jefferson County Jail mugshot with a bloodshot and black-rimmed left eye. According to AL.com, Smith was issued a warning letter in February 2018 after an “on site … compliance investigation” revealed he had failed to record the sale of a firearm within the required seven days and that several firearms appeared to be missing from inventory. The report also said that he neglected to records to address of buyers.

Despite the brutality Smith showed at the dinner, Burress said that “there is no doubt in my mind that Bart and Jane and Sharon would invite their Judas again, and again, and again to their table.”

He encouraged the church members to follow their lead, to “reach out in love to a hurting world.”