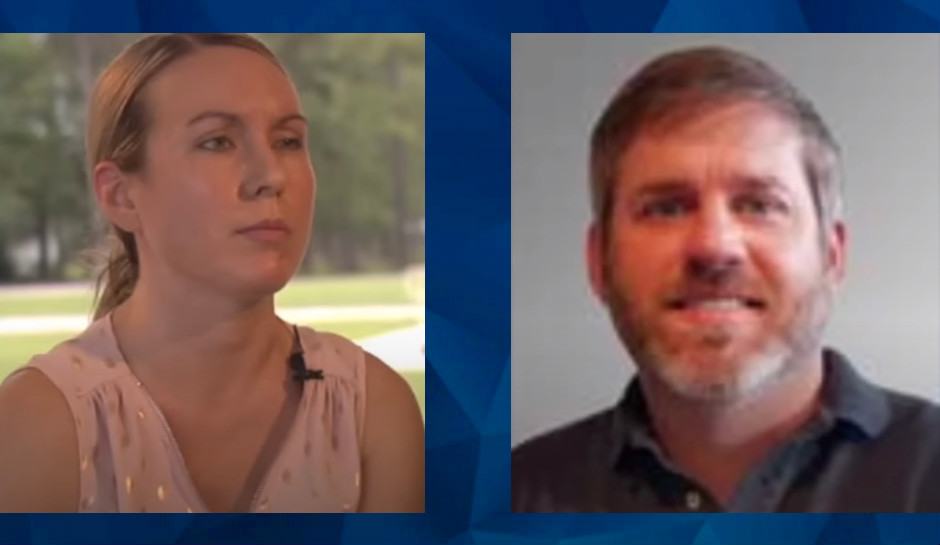 ‘It’s a Lie,’ Louisiana Man Says of Allegations He Raped His Daughter’s Mother and Then Got Custody of the Girl

Crysta Abelseth says she was 16 when John Barnes raped her. A judge has now granted him custody of their 15-year-old daughter and ordered Abelseth to pay child support.

A Louisiana man awarded custody of his teen daughter says it “is absolutely, unequivocally false” that he raped the girl’s mother in 2005 and used his connections to influence the judicial system to gain custody.

CrimeOnline previously reported that Crysta Abelseth has been ordered to pay child support to John Barnes for their 15-year-old daughter, who she says is the product of a rape.

Abelseth, now 32, says that she was 16 when Barnes took her to his home from a restaurant and raped her, leaving her pregnant. And then, earlier this year, a judge awarded him full custody, she says because she gave her daughter a cell phone.

Victims’ advocates have jumped onto the case, noting that even if Barnes’ contention that the two had consensual sex was true, she was still underage, making it statutory rape.

But Barnes, speaking to FoxNews, says none of that is true.

“It’s a lie. She was in a bar with a fake ID, telling everyone she was a college student,” he said. “I had no idea she was 16, and I didn’t rape her. That is absolutely, unequivocally false.”

And further, he said, “There is no way in hell I have influenced seven very high-level organizations that are geared toward protecting children’s rights and safety into sweeping her claims of rape and child abuse under the rug.”

Judge Jeffrey Cashe last week unsealed a large tranche of documents dating back to 2011 in the case. According to those documents, Abelseth filed a paternity petition in 2011 seeking DNA tests from Barnes and James Threeton, the man who signed her daughter’s birth certificate but was then incarcerated. The tests showed that Barnes, not Threeton, was the girl’s father, and both parents agreed to joint custody with no child support in October 2011.

But Barnes said he grew frustrated with Abelseth’s fostering of a relationship between their daughter and Threeton.

“She was undermining my relationship with my daughter, teaching my daughter that she has two dads,” Barnes told Fox, and later, a judge barred Threeton from having contact with the girl.

He also complained about what he said was a “revolving door” of men at Abelseth’s home.

Abelseth was awarded custody and child support in 2012, the documents say, but Barnes sued for custody in 2015, saying that he as still concerned about Threeton and the other men in Abelseth’s life.

As for the cell phone, the court documents show that it was a second phone, separate from one the girl had with parental controls. This one lacked parental controls, Barnes said, and Abelseth reportedly allowed the girl to use it for sexual explicit content. In a hearing more than year ago, Abelseth told the court the phone had been stolen and wiped.

And then, earlier this year, Abelseth accused Barnes of drugging and raping their teen daughter. It was also the first time she alleged that Barnes raped her in 11 years of custody proceedings.

Abelseth had filed a police report in 2015, but that information didn’t make its way to the custody proceedings. The police report has now been handed over to the district attorney after Tangipahoa Parish Sheriff Daniel Edwards said his department “dropped the ball.”

After the allegation that Barnes raped their daughter, Abelseth was given custody — and a restraining order against Barnes — while the allegations were investigated. But in March, a hearing officer ruled that “all criminal charges are not being accepted — medical evidence does not support allegations in petition.” Abelseth, through her attorney, dropped the restraining order.

Three days after the ruling, Barnes filed for temporary sole custody, granted by the judge. Abelseth countered by filing to have Barnes’s parental rights revoked. A hearing on that filing is scheduled for next month. The judge has also granted Abelseth supervised visits with the teen.