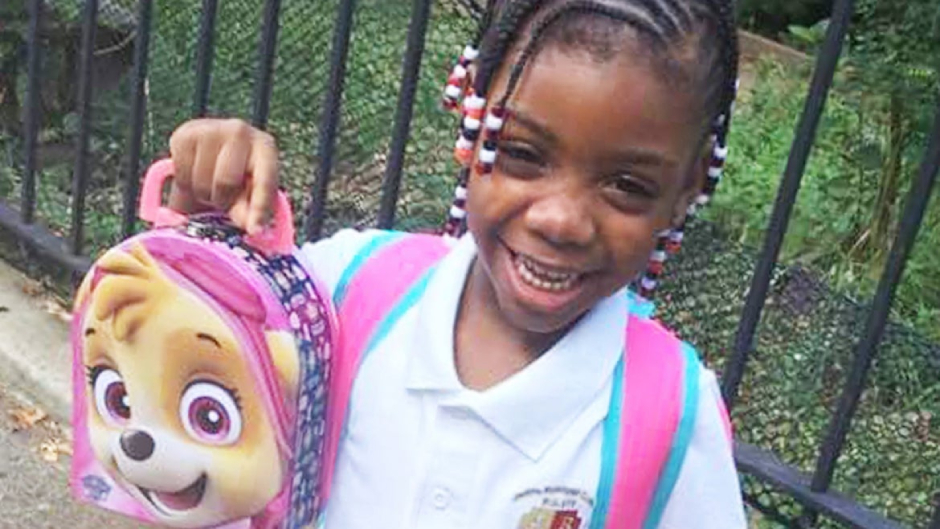 A New York woman and her son were arrested on Wednesday for last year’s beating death of the woman’s 7-year-old daughter.

Navasia Jones, 35, and Paul Fine, Jr., 18, allegedly killed Julissia Batties at their Bronx home on August 21. The girl’s cause of death was determined to be abdominal trauma from being struck with a blunt object, according to amNY.

Fine, who was 17 at the time, is accused of sexually assaulting Batties — and a police source told The New York Post the autopsy showed she had been sodomized.

Jones allegedly claimed her daughter had hit her head on a desk. However, Fine allegedly admitted to punching his sister in the face eight times while their mother was at the store, as CrimeOnline previously reported.

“Mom and brother are both culpable,” the source told The Post. “They both had a role in it, but who delivered the fatal blow is not clear.”

Sources also told the news outlet that cops responded to the home six times in a three-year period, with the last call occurring in March 2020. One of those instances reportedly involved Jones covering for her son.

The Post obtained audio that apparently captures the slain girl crying and begging her grandmother not to go back to her mother’s home for a court-ordered visit. Jones reportedly lost custody of her daughter at birth, in addition to her four sons, for abuse and neglect.

Batties was killed two months after the Administration for Children’s Services allowed her to return to her mother’s home without supervision.

“I didn’t kill my daughter, b***h,” Jones allegedly yelled at reporters as she was escorted outside of the 40th Precinct station house.

Jones and Fine are charged with murder, manslaughter, and acting in a manner injurious to a child. Fine Jr. was also charged with assault and sexual abuse, while Jones is also accused of failing to exercise control of a minor.