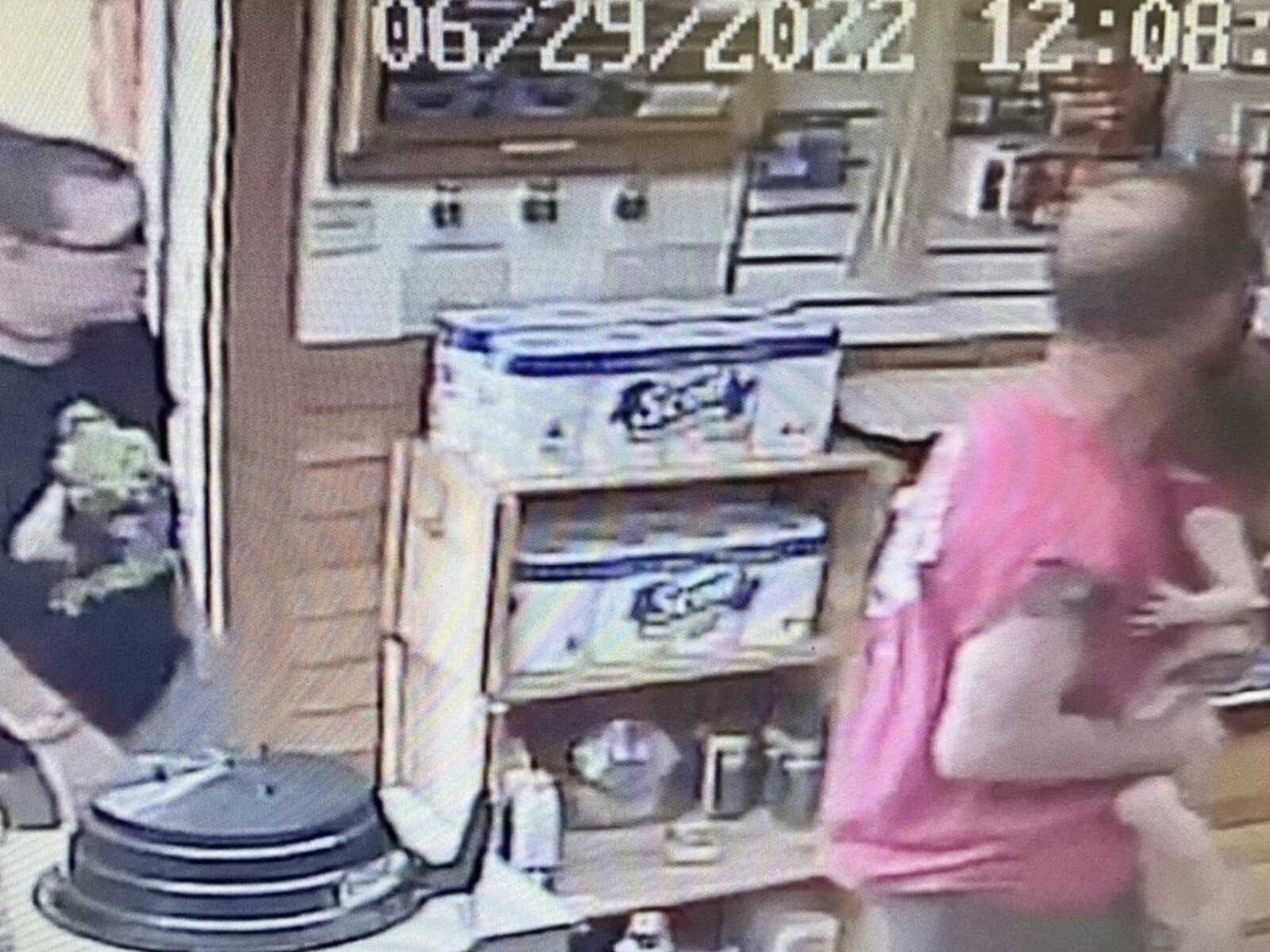 Police looking for a missing toddler and her parents in Maine have released surveillance photos of the last confirmed sightings of the trio: July 2 at a Walmart in Mexico, Maine, and at a camp store a few days earlier.

Jill Sidebotham, 28; her ex-boyfriend Nicholas Hansen, 38; and 2-year-old Lydia Hansen left Sanford, Maine, to go camping on June 27 and have not returned. Sidebotham’s phone has been turned off since June 28, and Hansen’s since June 29, as CrimeOnline previously reported.

The three were seen at the camp store at Coos Canyon Campground on June 29, with Hansen carrying the little girl into the store followed by Sidebotham. In the Walmart footage, the girl sits in a cart as Sidebotham handles payment for the their purchases. Sanford Police, which released the photographs, said they are aware of what the family purchased.

“In the footage that we saw at Walmart, you can see them together, all three of them in that footage grabbing food and she was paying for it,” said Lt. Matthew Gagne of Sanford Police Department, according to WMTW.

There have been no sightings, however, since that afternoon at the Walmart.

Sanford police said they have been assisted by the Maine Warden Service to search the areas around Mexico and Rangley with aircraft, but so far, they’ve not seen any sign of the family. They were last seen in a silver 2005 Volkswagen Jetta with Maine plate 1563VJ.

Sidebotham’s family fears the worse, telling reporters that Hansen had been abusive and they had urged Sidebotham not to go into the woods with him.