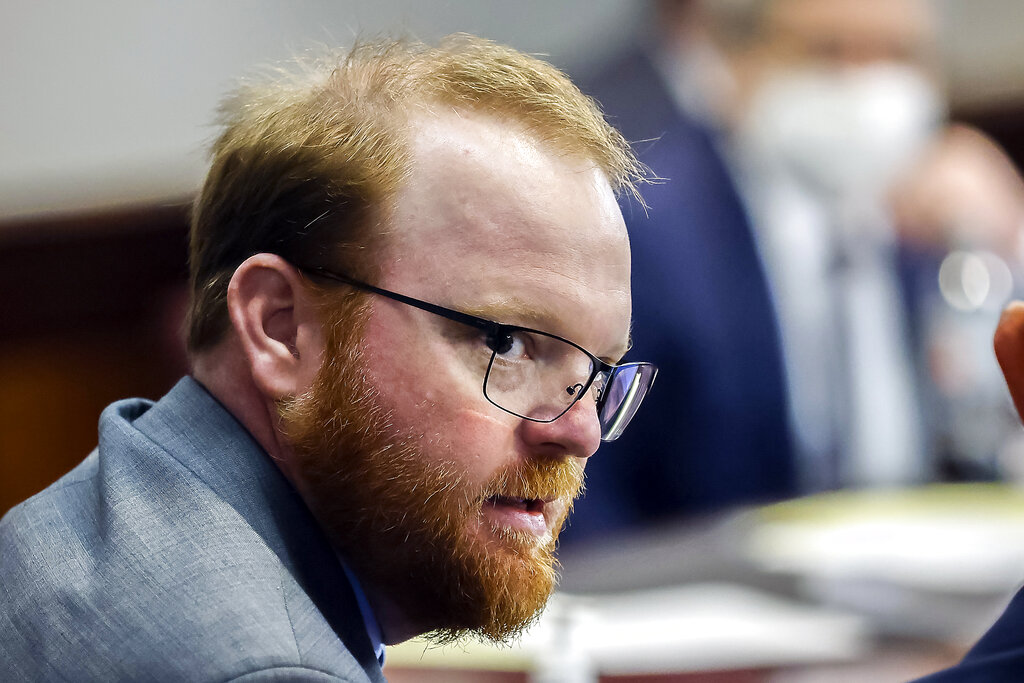 The man who gunned down Ahmaud Arbery was again sentenced to life in prison, this time after being convicted of a federal hate crime in connection with the murder, WSB-TV reports.

In issuing the sentence, Wood told McMichael that he got a fair trial, “the kind of trial that Ahmaud Arbery did not receive before he was shot and killed,” Wood said, according to NBC News.

Wood also ordered that McMichael serve his sentence in state prison instead of federal prison, the latter of which McMichael requested because of alleged safety concerns.

McMichael’s lawyer, Amy Lee Copeland, had asked that McMichael be allowed to serve the prison sentence in a federal facility because of “hundreds of threats” that he would be killed by other inmates in state prison.

Prosecutors and Arbery’s family wanted him to serve the sentence in state prison.

Arbery’s mother, Wanda Cooper-Jones, told WSB-TV earlier this year that she would be insulted if the defendants were allowed to serve their sentence in a federal facility.

“Granting these men their preferred choice of confinement would defeat me. It gives them one last chance to spit in my face,” Cooper-Jones told the television station.

McMichael’s father, 66-year-old Greg McMichael, and their neighbor, 52-year-old William Bryan, are also set to be sentenced later Monday for their roles in the killing.

As CrimeOnline previously reported, jurors convicted the trio of murder in a state trial this past November. They then faced separate hate crime charges, with the federal government alleging that Arbery’s race as a Black man was a factor in his death.

A jury in February convicted the McMichaels and Bryan of interfering with rights, attempted kidnapping, and weapons use charges in the federal trial.

The three had already been sentenced to life in prison without parole on the state charges.

[Feature Photo: FILE – Travis McMichael looks on during the sentencing phase of his state criminal trial at the Glynn County Courthouse in Brunswick, Ga., on Jan. 7, 2022. McMichael, who fatally shot Ahmaud Arbery after chasing the 25-year-old Black man in a Georgia neighborhood, was sentenced to life in prison in federal court on Monday, Aug. 8, 2022, for committing a federal hate crime. (AP Photo/Stephen B. Morton, Pool, File)]