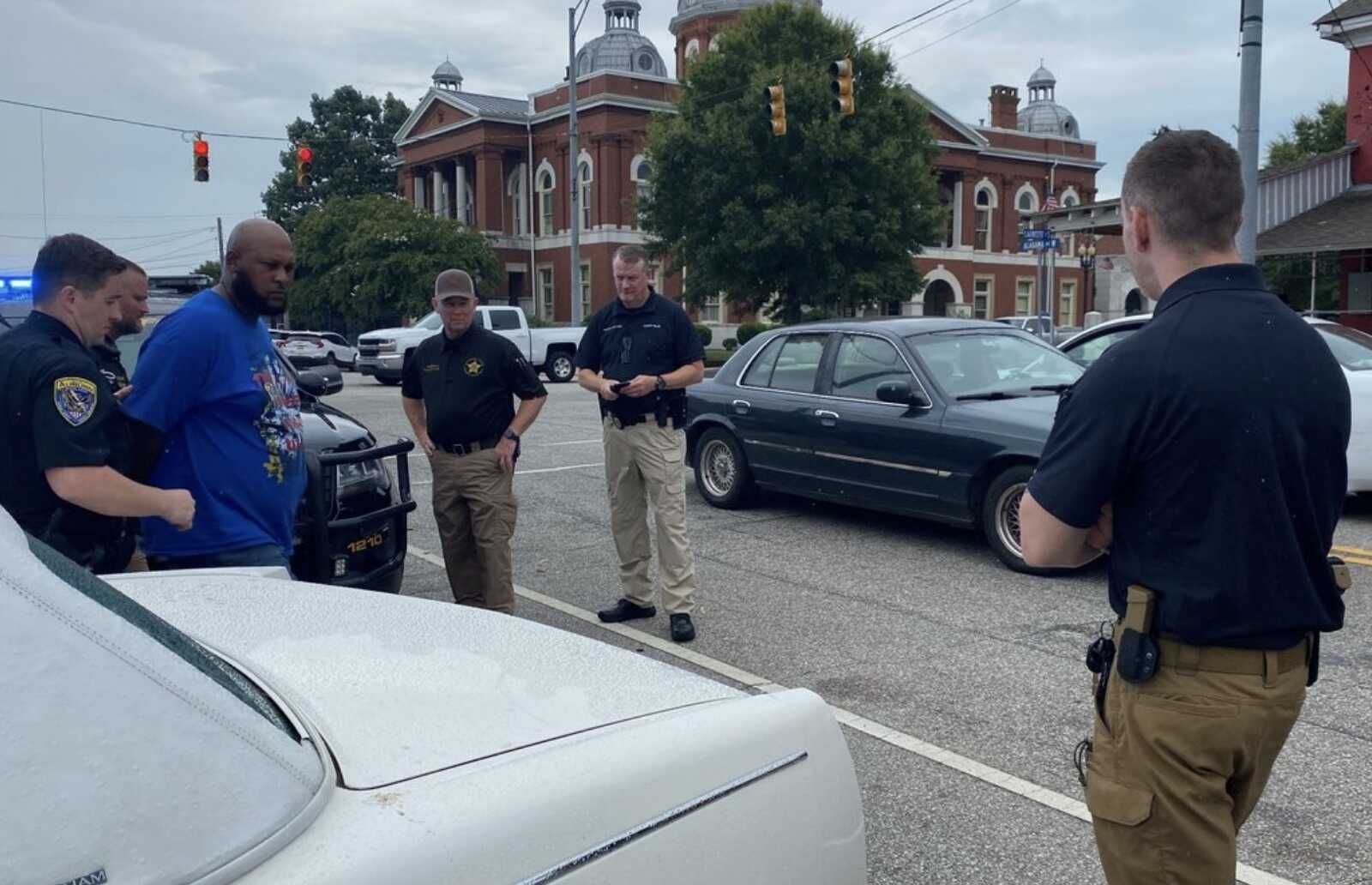 Alabama and Georgia authorities tracked down a man who opened fire Wednesday morning on at least three vehicles on Interstate 85 from a distinctive older model Cadillac.

One person was critically wounded at about 6:15 a.m. and flown by helicopter to a hospital in Montgomery, WSFA reported. A person who reported being shot at in Troup County, Georgia, less than an hour later but was not hit.

Police confirmed a third shooting, saying it was in the Montgomery Police Department’s jurisdiction, but provided no further details.

According to WTVM, Auburn police were called to check on a vehicle stopped on the highway between miles markers 56 and 57 northbound in Auburn. When they arrived, they found the 45-year-old driver had a gunshot wound that had entered his vehicle from behind. A passing motorist stopped to render aid until first responders arrived.

About 45 minutes later, the Troup County Sheriff’s Office in Georgia  got a call from a driver who said someone driving an older white Cadillac shot at and struck his vehicle and kept driving north on I-85. The driver was not injured.

Authorities tracked down an image of the suspect vehicle — including an Alabama license plate number — and sent it out to locations in Georgia and Alabama.

Shortly after noon, a Chambers County deputy spotted the car near the courthouse in Lafayette, Alabama, about north of Auburn and off the interstate by 10 or so miles. The deputy pulled the driver over and took him into custody without incident. The suspect was identified as Jerel Raphael Brown, 39. Chambers County officials handed him over to Auburn police.

Troup County deputies said they have charged Brown with aggravated assault, possession of a firearm during the commission of a felony, and criminal damage.

The other jurisdictions have not announced what charges Brown is facing. A motive is unknown.