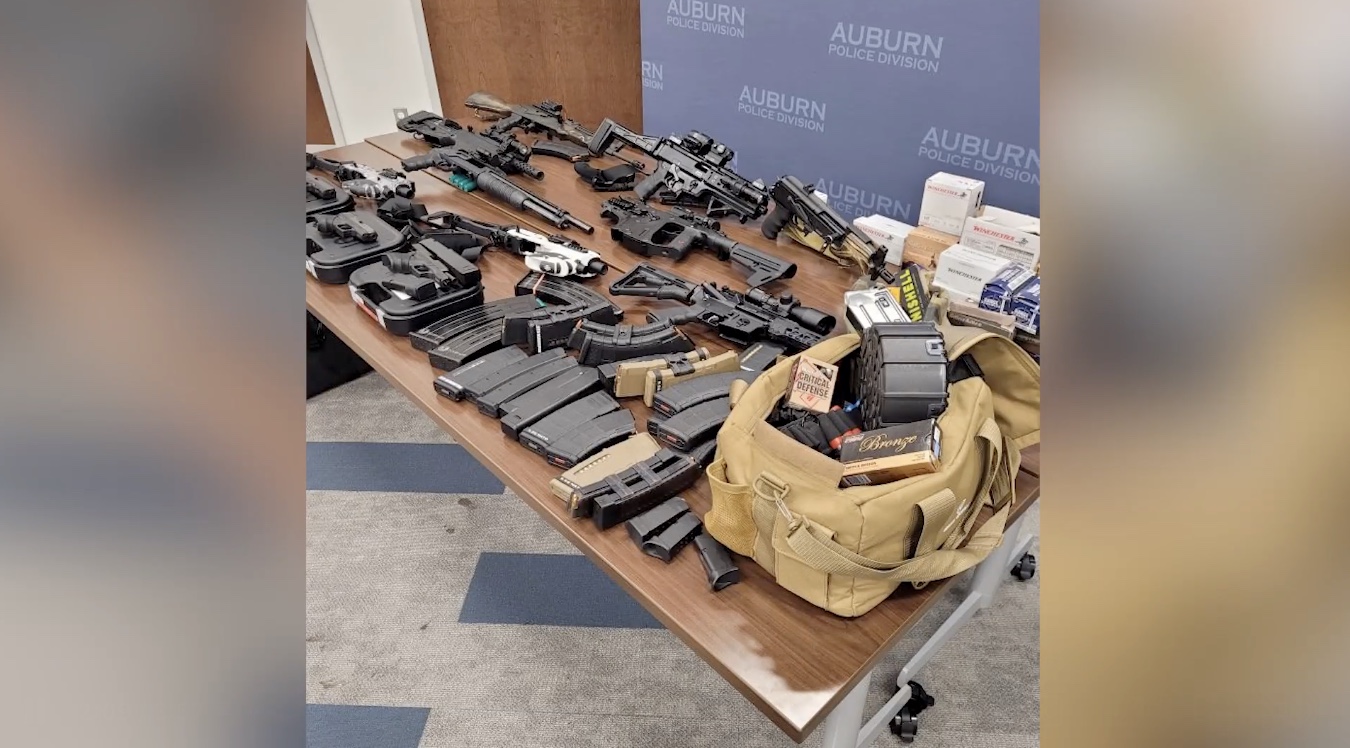 Alabama-Georgia Highway Shooter Had a Dozen Guns, Hundreds of Rounds of Ammo: Cops

A man accused in a string of shooting on Interstate 85 in Georgia and Alabama appeared to be shooting randomly and had more than hundreds of rounds of ammunition in his vehicle.

Jerel Raphael Brown, 39, was captured in Chambers County, Alabama, when a deputy spotted his distinctive older model white Cadillac near the courthouse in Lafayette, as CrimeOnline previously reported.

Investigators had gotten a description of the car from victims and a photo from traffic cameras.

The shootings began in Montgomery, AL.com said, shortly after 5 a.m. on Wednesday. No one was injured in that shooting. But an hour later, Brown allegedly shot into a vehicle traveling northbound in Auburn, striking the driver in the head. The 45-year-old driver was flown to a hospital in Birmingham and is still in critical condition.

Another hour later, Brown allegedly fired at a vehicle in Troup County, Georgia. The vehicle was hit, but the driver was not, Troup County deputies said.

Brown was captured several hours later and handed over to Auburn police, who charged him with shooting the 45-year-old driver. He also faces charges in Troup County and Montgomery.

Auburn Police Assistant Police Chief Michael Harris said in a video statement that the shooting appeared absolutely random but that Brown had a significant amount of weapons and ammunition in the car. Police seized at least a dozen guns and more than 2,000 rounds of ammo.

“No motive for these seemingly random shootings has been determined at this point,” Harris said.