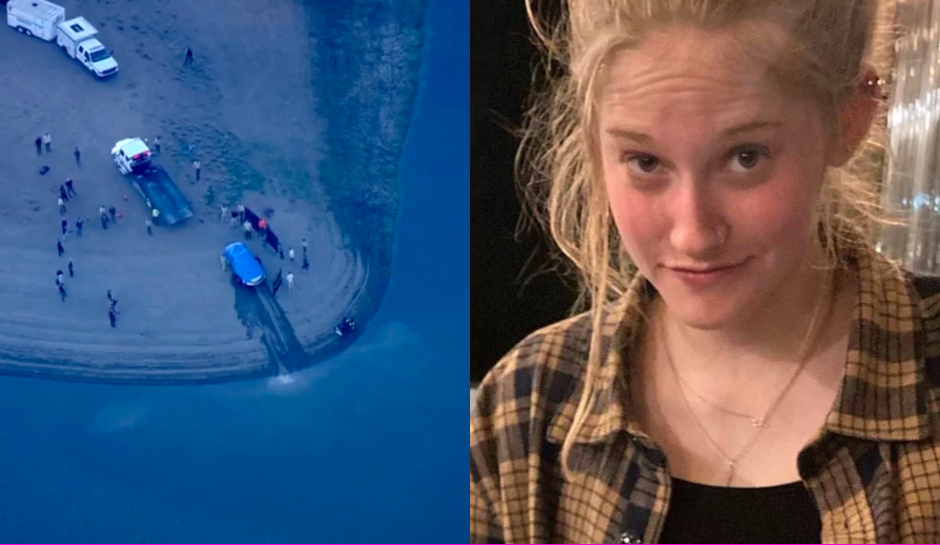 Officials pulled a vehicle out of Prosser Creek Reservoir as darkness fell over the area where 16-year-old Kiely Rodni went missing two weeks ago.

Rodni had been at a graduation party with 200-300 other people at Prosser Family Campground on August 5. Shortly after midnight on August 6, she texted her mother to say she was headed home, and a few minutes later called a friend. She was not seen or heard from again, prompting an intensive, multi-agency search of the area, as CrimeOnline previously reported.

On Sunday, a specialized search and rescue dive team — which arrived in the area on Saturday — sent out messages on social media saying it had found Rodni in her car, upside down in 14 feet of water not far from where she was last seen.

Law enforcement rushed to the scene. The Placer County Sheriff’s Office confirmed the discovery of the car and body but did not confirm the identify of the person found inside, likely awaiting word from the county coroner. They scheduled a news conference for 11 a.m. PT.

Rodni’s family said it would not comment until it received official word from law enforcement.

As the sun set over the reservoir, a KCRA helicopter captured the slow process of removing the vehicle from the water. When it reached the shore, investigators quickly covered it with tarps before pulling it the rest of the way onto a flatbed tow truck and driving away.

Divers with Adventures with Purpose, which specializes in locating people lost in the water, began its search using divers and sonar on Saturday. The team scoured nearby Donner Lake and other smaller bodies of water on what would have been Rodni’s route home that night then began a search of Prosser Creek Reservoir on Sunday. At 2:30 p.m., the team posted that it had found the car with Rodni’s body inside.

Law enforcement had recently scaled back its search for Rodni, focusing more intently on the investigative parts of the case. Investigators said they were somewhat stymied by the lack of cooperation from many of the young people at the party who may have been drinking underage or using illegal drugs. The Placer County Sheriff’s Office said it was not focusing on those aspects and was only interested in finding Kiely Rodni.

Divers found the vehicle they believe was Rodni’s just a few hundred yards from Prosser Family Campground, lending credence to suggestions that the teen may have made a wrong turn while leaving and driven into the lake in the dark.