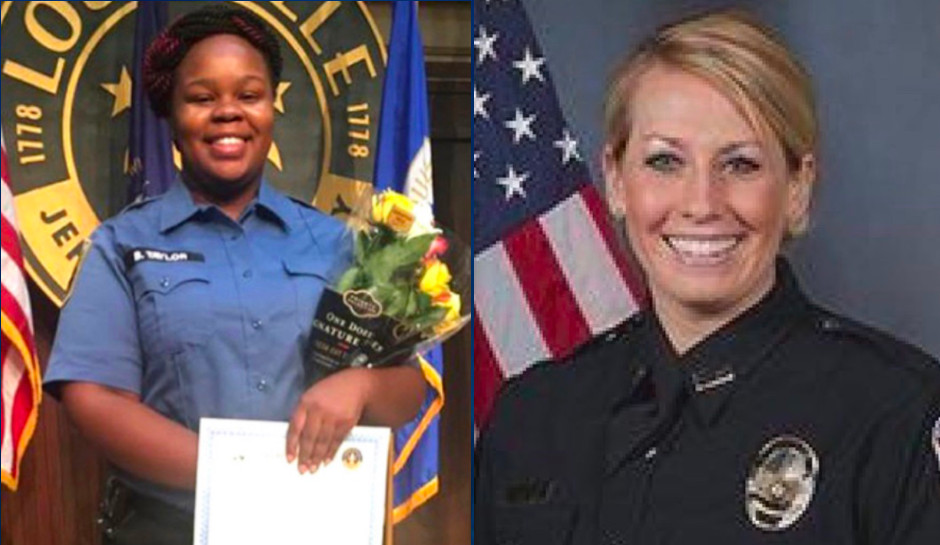 A former Kentucky police detective pleaded guilty Tuesday to conspiring to violate the civil rights of Breonna Taylor, the 26-year-old emergency room technician who was shot dead when Louisville police officers served a no-knock warrant on her apartment, where she was sleeping with her boyfriend.

Kelly Hanna Goodlett, 35, admitted to helping fellow officers falsify an affidavit for the search of Taylor’s apartment. She is expected to testify in the trial of former colleagues Joshua Jaynes and Kyle Meany, who also face federal civil rights charges in connection with Taylor’s death, the Louisville Courier Journal reported.

A fourth ex-officer, Brett Hankison, is charged in a separate indictment with violating the rights of Taylor, her boyfriend, and three neighbors by blindly firing into Taylor’s apartment, as CrimeOnline previously reported. Hankison was found not guilty in March on three state charges of wanton endangerment for firing into the apartment.

Goodlett is the first officer found guilty in connection with Taylor’s death.

Taylor died in a hail of gunfire on March 13, 2020, when Louisville police officers barged into her apartment on a warrant that said she had been receiving packages there for her ex-boyfriend, convicted drug dealer Jamarcus Glover. Her boyfriend, Kenneth Walker, fired a single shot with his own gun when he thought someone was breaking into the apartment. Walker’s shot struck an officer, and Det. Myles Cosgrove fired the shots that killed Taylor.

Walker was initially charged with assault and attempted murder of a police officer, but those charges were later dropped.

Goodlett, who resigned her position earlier this month after the Department of Justice announced indictments against her and the other three officers, admitted that she falsely said a postal inspector had told investigators Taylor was receiving Glover’s packages at her apartment. Jaynes’ indictment says that he met with Goodlett to “get on the same page” after the postal inspector said Taylor was not getting any packages for Glover.

One officer retired and Det. Cosgrove was fired. US Attorney General Merrick Garland said they were not charged with civil rights violations because “the officers who ultimately carried out the search at Taylor’s apartment were not involved in the drafting of the warrant and were unaware of the false and misleading statements that it contained.”

Jaynes, 40, and Meany, 35, are set to go on trial on October 11, and Hankison’s trial is set to begin two days later. The Courier Journal said that both trials are almost certain to the postponed.

Taylor’s death set off a string of protests that lasted for months. The city of Louisville ultimately settled with Taylor’s family in September 2020 for $12 million. The settlement also included a commitment to several police reforms, including requiring a commanding officer to review all search warrants and affidavits before a judge sees them.