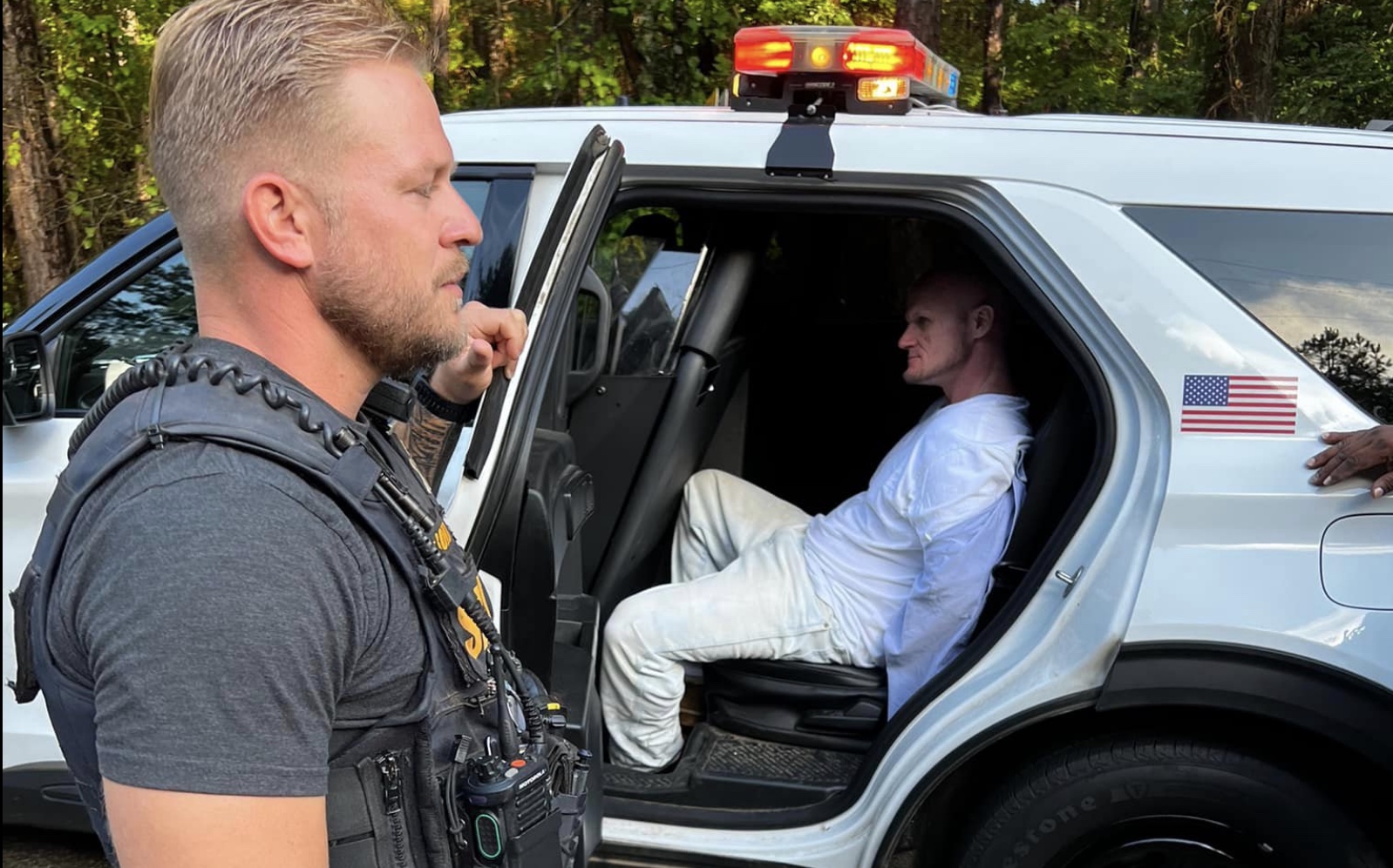 An escaped inmate accused of killing two people was captured by deputies near the Texas-Louisiana state line.

The Caddo Parish Sheriff’s Office said it arrested Charles Spraberry, 42, after a brief chase at about 8 a.m. Wednesday.

A woman in Cadillac SUV — reportedly stolen from an unoccupied home — with him, 37-year-old Shea Smith, was also arrested, KLTV reported.

Spraberry broke out of jail in Cass County, Texas, Monday night, as CrimeOnline previously reported. He had previous charges of sexual assault, assault by strangulation, assault with a deadly weapon, felon in possession of a firearm, and kidnapping and is a person of interest in a double homicide in Cass County.

In March, he was arrested for a double homicide in Cass County. Two people were found shot to death in a burned out trailer in March in that case.

Spraberry busted out with a handmade knife, injuring a jailer in the process.

His new charges will include escape, burglary, theft of property, and assault of a public servant. It’s not clear what charges Smith is facing.

It’s not clear when Spraberry will be returned to Texas.