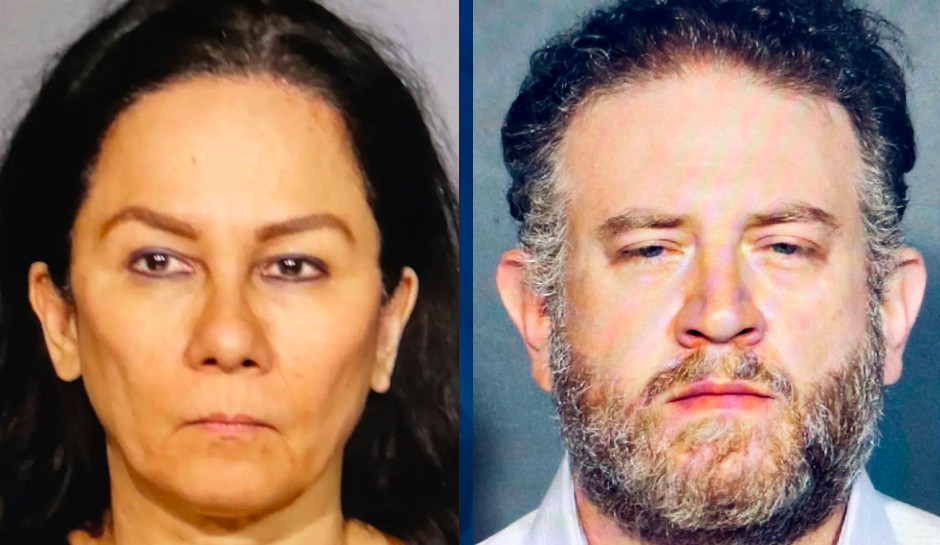 The attorney for the widow of accused “Duck Sauce Killer” Glenn Hirsch detailed decades of abuse he allegedly heaped onto Dorothy Hirsch in a new court filing aimed at getting gun charges against her dropped.

Dorothy Hirsch was arrested on June 3 after a search of her apartment found eight guns stashed in her closet, the New York Daily News reported.

She was arrested the day after Glenn Hirsch was taken into custody for the April murder of Chinese food delivery man Zhiwen Yan, 45, allegedly over a long-standing dispute about duck sauce.

Hirsch was released on bond after his arrest and committed suicide in early August, just hours before he was scheduled to appear in court, as CrimeOnline previously reported.

“Glenn’s acts of brutality against Dorothy (before and during their marriage) included sadistic and violent sexual abuse, striking, cutting, and menacing her with weapons, punching her, slapping her, threatening to kill her, extortion and contempt,” lawyer Mark Bederow wrote in the new filing.

The Hirsches lived in separate homes, and the weapons were found in a closet in Dorothy Hirsch’s apartment where her husband stored items belonging to him.

“The DA knew before arresting Dorothy that Glenn abused her for years,” he told the Daily News. “That evidence obviously is relevant to her defense that she didn’t know the guns were in HIS closet because she wouldn’t dare question him or snoop through the junk he stored.”

“It is regrettable that the DA would simply disregard the domestic violence history and refuse to disclose favorable evidence by coldly decreeing that it’s not relevant,” he added. “We are entitled to evidence they knew about before they chose to indict Dorothy for possessing what obviously were Glenn Hirsch’s guns.”

Hirsch was accused of shooting Great Wall deliverer Yan in the chest in April, then speeding away in a Lexus SUV, CrimeOnline reported.

Great Wall’s owner Kai Yang said the dispute had been going on since November 2021, when Hirsch complained about not getting enough duck sauce. Yang offered him more packets, but Hirsch demanded a refund, which Yang denied. Police were called, but no arrests were made.

In January, Hirsch allegedly went to the restaurant brandishing a gun. He was accused of damaging locks and vandalizing employees’ vehicles.

After Yan’s death, investigators found a refrigerator “filled with duck sauce” in his apartment.