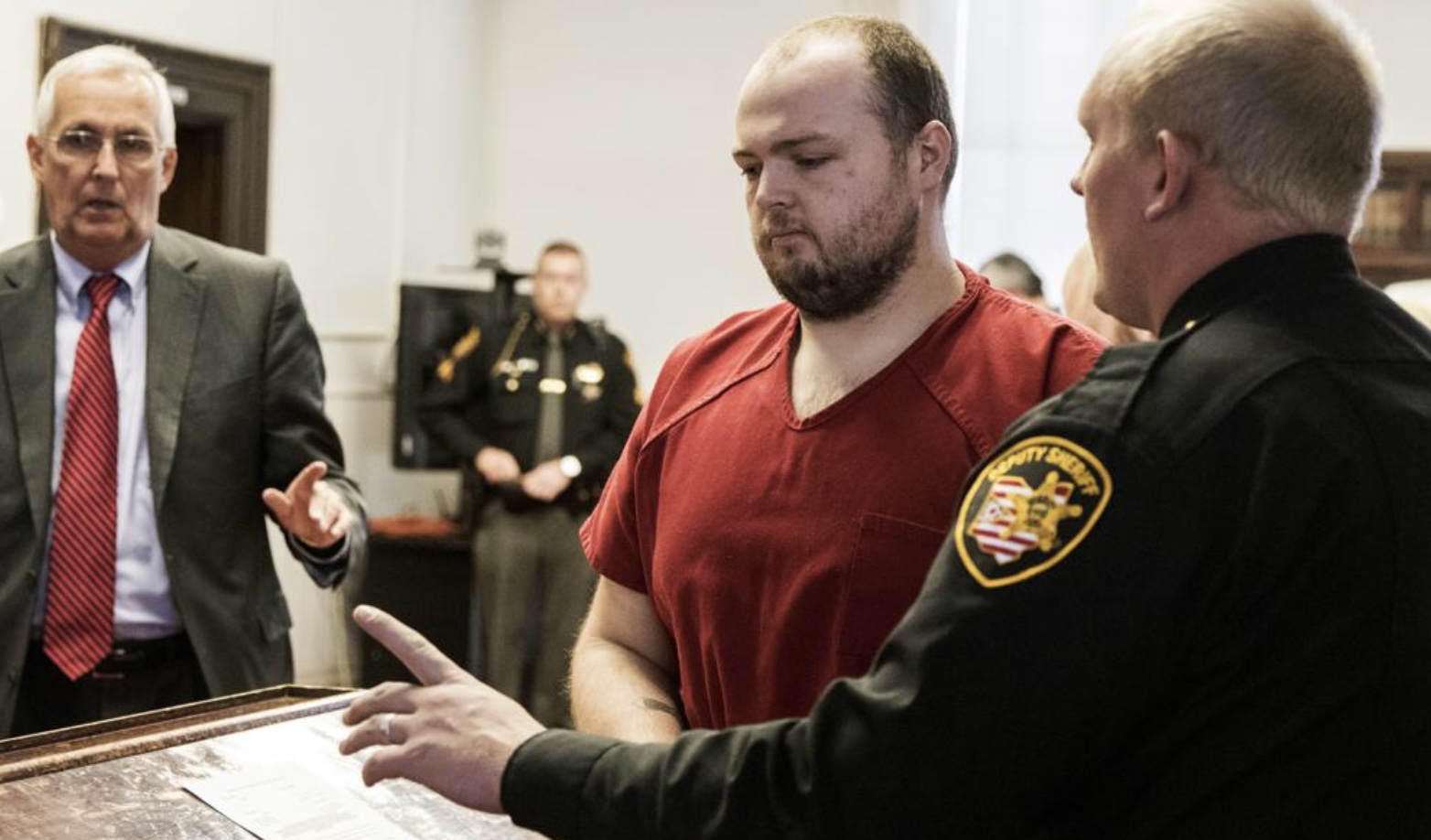 The first of two Ohio family members accused of planning for months to slaughter members of another family went on trial this week, more than six years after the grotesque slayings in Pike County.

George Wagner IV has pleaded not guilty to the murders of members of the Rhoden family, as has his father, George “Billy” Wagner III, as CrimeOnline previously reported. His younger brother,  Edward “Jake” Wagner, pleaded guilty in April 2021 to eight counts of aggravated murder and 15 other charges and agreed to testify against his father and brother in exchange for prosecutors agreeing not to pursue the death penalty.

The family matriarch, Angela Wagner, also pleaded guilty to helping plan the murders — she did not take part in them — in exchange for 30 years in prison.

The eight victims were found shot to death at three campers and a trailer on a property in Piketon in April 2016. The victims were identified as Christopher Rhoden Sr., 40, and Dana Rhoden, 37; their three children, Hanna Rhoden, 19, Christopher Rhoden Jr., 16, and Frankie Rhoden, 20; Frankie’s fiancee, Hannah Gilley, 20; the three children’s uncle, Kenneth Rhoden, 44; and the children’s cousin, Gary Rhoden, 38.

Three children — including Edward “Jake” Wagner’s toddler and infant daughters with Hanna Rhoden — were not harmed that deadly night. The infant daughter was born three days before the massacre.

One of the first witnesses — Timothy Dickerson, then with the Pike County Sheriff’s Office and now director of the county’s Emergency Management Agency — testified on Wednesday about finding that newborn lying next to Hanna Rhoden’s body, WLWT reported.

“Either I made a noise or there was a noise,” he said, “because the baby’s arms came up.”

“From what I remember, I just remember the diaper having blood on it, um, but alive,” Dickerson said. “It was a traumatic scene, a large scene. And when we, when I discovered that the baby was alive, I was very thankful for that.”

On Tuesday, the first witnesses were members of the Rhoden family who came upon the deadly scene, WLWT said.

Bobby Jo Manly, Dana Rhoden’s sister, testified about entering the home and fying the bodies of 16-year-old Christopher Rhoden and his cousin Gary. She called 911.

Manly and a friend who was with her went to the next trailer, where they found Frankie Rhoden and Hannah Gilley. Her six-month-old son was lying next to her, still alive.

Manly’s older brother James Manly testified about finding his sister Dana Rhoden’s body. He met Bobby Jo at Frankie and Hannah’s home, then hopped in his truck and drove to his sister’s home. It was dark, and no one answered the door, so he went in.

“I, like, felt a pillow over her head. I started to pick the pillow up, and it felt stuck,” he recalled, according to Fox News. “She was dead, too.”

Prosecutors say the original plan was to kill only Hanna Rhoden because she wouldn’t sign over custody of her toddler daughter to Edward “Jake” Wagner. That plan soon expanded to anyone who could implicate them.

After the murders, the Wagners moved to Alaska. They were arrested when they returned to Ohio in 2018.

George “Billy” Rhoden III’s trial has not been set.