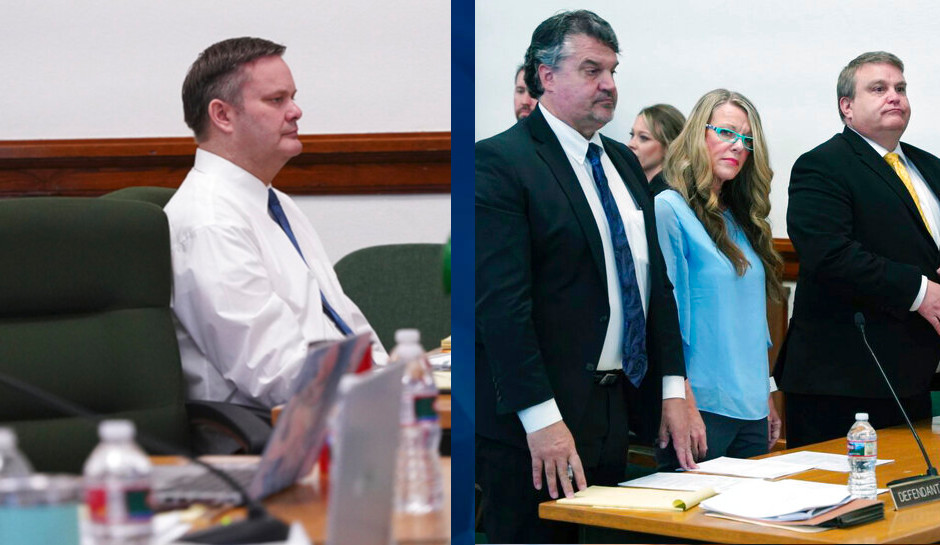 In lengthy motions filed with an Idaho court on Tuesday, Chad Daybell’s attorney asked for a delay in the start of his murder and conspiracy to commit murder trial and asked that his trial be severed from that of his co-defendant — wife Lori Vallow Daybell.

Daybell and Vallow Daybell have been charged in the murders of two of Vallow Daybells’s children, 7-year-old Joshua “JJ” Vallow and 16-year-old Tylee Ryan — as well as Daybell’s first wife, Tammy Daybell. The children were found dead, buried in Daybell’s backyard in June 2020 after they vanished in the fall of 2019, as CrimeOnline previously reported.

The couple, who married just weeks after Tammy Daybell died, have pleaded not guilty, and prosecutors are seeking the death penalty in their conjoined trial scheduled to begin in January.

Daybell’s attorney, John Prior, argued in his motions that he needs more time because of a “substantial amount of investigation and preparation” and that prosecutors have not yet turned over a “significant amount” of evidence, EastIdahoNews.com reports.

“There is no possible way to complete the investigation and be prepared for a death penalty trial in January 2023,” Prior wrote in his motion. “Death penalty cases are unique in the criminal legal system and require counsel to undertake an extensive, time-consuming investigation.”

As for the motion to sever, Prior argued that having the cases combined would limit his ability to present a full defense. He wrote that he plans to introduce “prior bad acts of both Ms. Vallow and Alex Cox (Vallow Daybell’s deceased brother), as well as evidence regarding their relationship and the death of Mr. Cox.”

Vallow Daybell is charged in Arizona with conspiracy to murder her previous husband, Charles Vallow, who was shot to death by Cox weeks before the deaths of the children and Tammy Daybell. Cox had claimed self-defense in the shooting. He died in November 2020, just a few months after the shooting, supposedly of natural causes.

Prior also noted that it’s logical to sever the cases since Daybell wants a delay while Vallow Daybell has not waived her right to a speedy trial.

“While the court may continue Ms. Vallow’s trial date despite her asserted speedy trial right, severance is the most direct approach to enforce the constitutional rights of both Mr. Daybell and Mrs. Vallow, and the most sensible approach due to the irreconcilable conflicts which will arise in a joint trial of both death-noticed co-defendants,” Prior wrote.

Earlier this year, Boyce denied a previous motion to sever from Prior.

Prior has asked the judge to hear the motion to sever on October 13 and to hold a hearing in January for a new trial date.