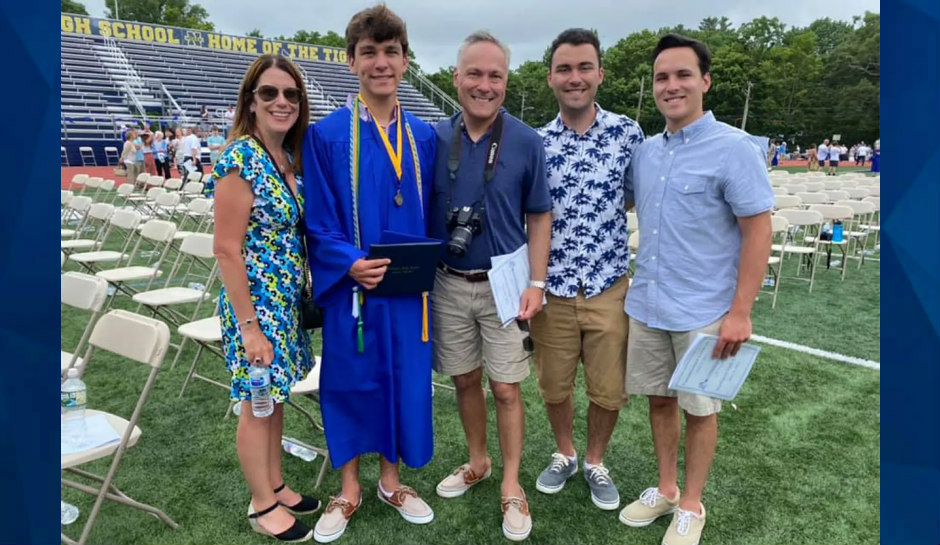 A man charged in connection with Sunday’s deadly shooting at a New York hotel is reportedly also a suspect in another murder.

Fox News reported that Roy Johnson Jr., 35, is believed to have been present when Darren Villani, 28, was fatally shot in a car in Poughkeepsie on August 9. Johnson was arrested at the Courtyard Marriott hotel in Poughkeepsie, where he allegedly shot and killed Paul Kutz, 53, (pictured center).

Kutz, who was visiting his son at Marist College, died after he was found in the lobby of the hotel with gunshot wounds to his chest and torso, as CrimeOnline previously reported.

Johnson and Devin Taylor, 26, were reportedly staying at the hotel at the time of Sunday’s shooting. Law enforcement told WNBC that the pair smoked a PCP-like substance before the shooting.

Kutz’s shooting death has been described as unprovoked and random, with police saying there is no evidence of Johnson getting into an argument with anyone at the hotel.

Johnson and Taylor are reportedly homeless. In addition to Villani’s murder, Johnson had arrest warrants in Georgia for drug and weapon possession.

Johnson remains jailed without bail, while Taylor’s bond was set at $1 million.