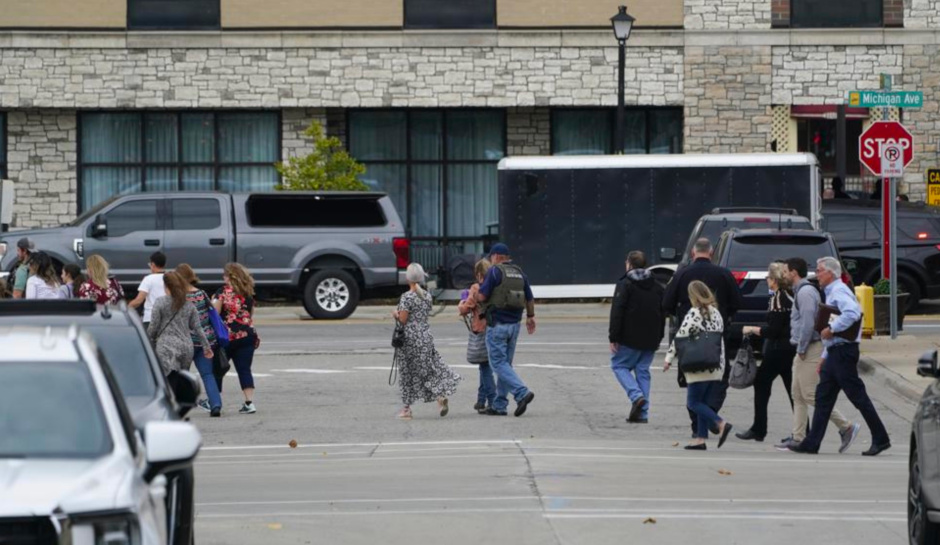 A 38-year-old man surrendered to law enforcement Thursday night following a seven hour standoff after he allegedly fatally shot a hotel clerk in a dispute over money owed for his stay at the Michigan hotel.

Police shut down the usually busy Michigan Street in Dearborn from well into the night as officers first kept people away from a fluid and dangerous situation and then began a meticulous investigation,

As CrimeOnline previously reported, one person was wounded in the shooting, which took place on the third floor of the Hampton Inn. The victim, a 55-year-old man, was “just trying to do his job” when the suspect shot him with a rifle just after 1 p.m., according to Dearborn Police Chief Issa Shahin.

“There was a confrontation over a bill. (The gunman) was upset, asking for a refund,” Shahin said, the Free Press said.

Officers arrived after about two minutes, the chief said, and “when we saw him going up the hallway, he saw us and ducked into his room” and began shouting threats to officers.

“We spent the last seven hours negotiating with an individual armed with a rifle … at many times threatened officers, and it was quite tenuous,” the chief told reporters, according to the Detroit News. “But fortunately, we were able to resolve that peacefully.”

Police said the suspect had a history of drug abuse, gun issues, and mental illness, prompting Shahin and Dearborn’s recently elected mayor to add their voices to a call for better mental health treatment for Americans.

“There’s a broader issue here of people with mental illness who get involved with guns,” Shahin said after the arrest, the Free Press reported.

“We know that there are broader issues at hand as it pertains to the mental health crisis that’s ongoing not only in our region but in our state, in our country, as well as accessibility to firearms. And we’re hoping that those in the right positions of power do act on this. It’s about time that we had solutions,” said Mayor Abdullah Hammoud.

Officials did not identify the victim or the suspect Thursday night. They said they didn’t believe that the suspect was local, but noted that family members were on hand to help negotiate his surrender and they “didn’t fly in.”

Shortly before the gunman surrendered, first responders were seen breaking through a window on the third floor of the hotel and bringing a man out from the broken window. Police later said that he was a hotel guest who had been trapped inside when officers evacuated the building at the beginning of the incident.