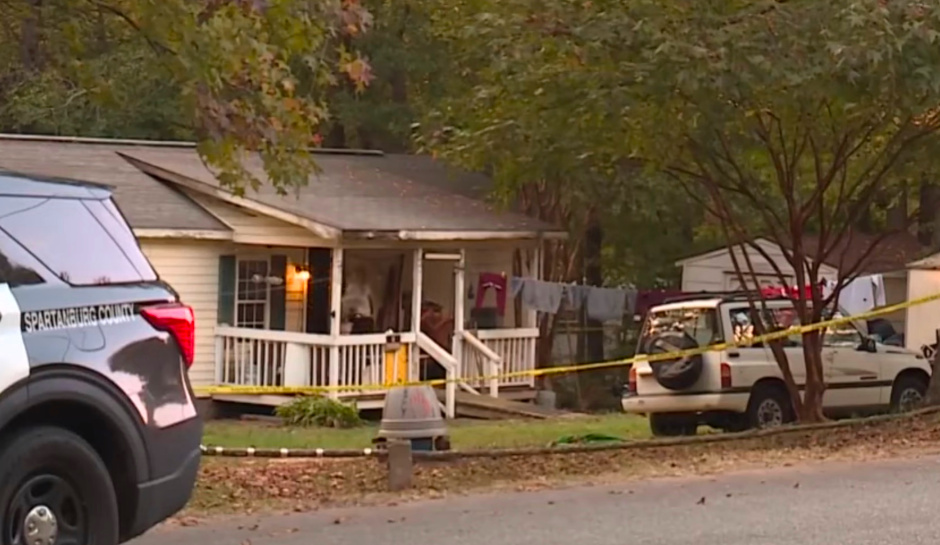 Four people were found shot to death in the South Carolina home Sunday night, and another person died later at a hospital, as CrimeOnline previously reported.

Spartanburg County Coroner Rusty Clevenger said the victims — all adults — were found in different rooms in the house, and some were shot multiple times, WYFF reported.

None of the victims were related to one another, he said.

Clevenger identfied three of the victims as Thomas Ellis Anderson, 37 and Adam Daniel Morley, 32 — who lived at the house where the bodies were found — and Mark Allen Hewitt, 59, who was staying at the home but did not permanently live there. All three of these men were pronounced dead at the scene.

The victim who was found alive died during surgery at Spartanburg Regional Medical Center, the coroner said.

The Spartanburg County Sheriff’s Office responded to the scene after 8 p.m. on Sunday when a family member of one of the victims found the bodies and called 911.

Neighbors were shocked, and one said she heard gunshots on Saturday but thought “nothing of it because you’re living in the country,” WCSC reported.

The coroner said he had not yet determined time of death.