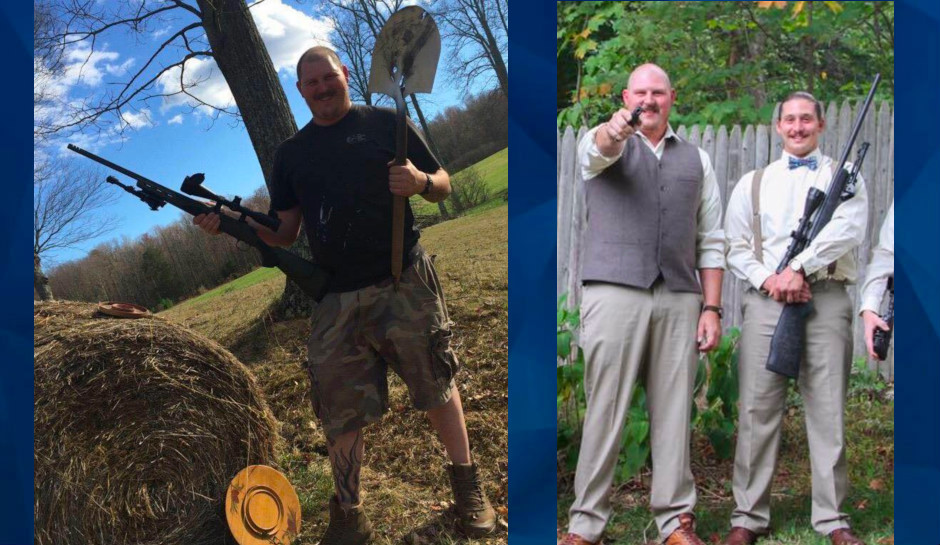 The Connecticut man who shot three police officers responding to a domestic call, killing two of them, was a hard-drinking, gun-loving “teddy bear,” neighbors say.

Investigators think Nicholas Brutcher, 35, likely lured the officers to his home with a fake call Wednesday night because he opened fire with an AR-15-style rifle when they arrived, as CrimeOnline previously reported.

Sgt. Dustin Demonte, 35, and Officer Alex Hamzy, 34, were killed at the scene, while a third officer, Alec Iurato, 26, was wounded, underwent surgery, and was released from the hospital on Thursday.

Investigators say Nicholas Brutcher was kicked out of a bar Wednesday night, went home, and got into a fight with his brother. He called 911 at 10:29 p.m., then waited in the front yard for police to arrive, WVIT reported.

“Nick was the big, rowdy one,” a neighbor of Brutcher’s brother Nathaniel, told the New York Post.

“He was the big, funny one, a big teddy bear. He was huge. Big guy, but sweet as pie.

“The family must be traumatized,” she added.

Nicholas Brutcher is seen in multiple Facebook photos brandishing weapons, including a photo from his wedding that shows all of the men in the wedding party with a gun. Brutcher is pointing a handgun at the photographer in the photo.

A neighbor Nathaniel’s, who called him a “skater-punk” and a “man-child” who lived in a trashy trailer with empty beer cans tossed everywhere, said he didn’t know much about Nicholas, “except he drinks a lot.”

“The dude’s always drinking,” he said.

“Their mother must be a wreck right now,” he added. “She’s also crazier than a f**king bag of chips.”