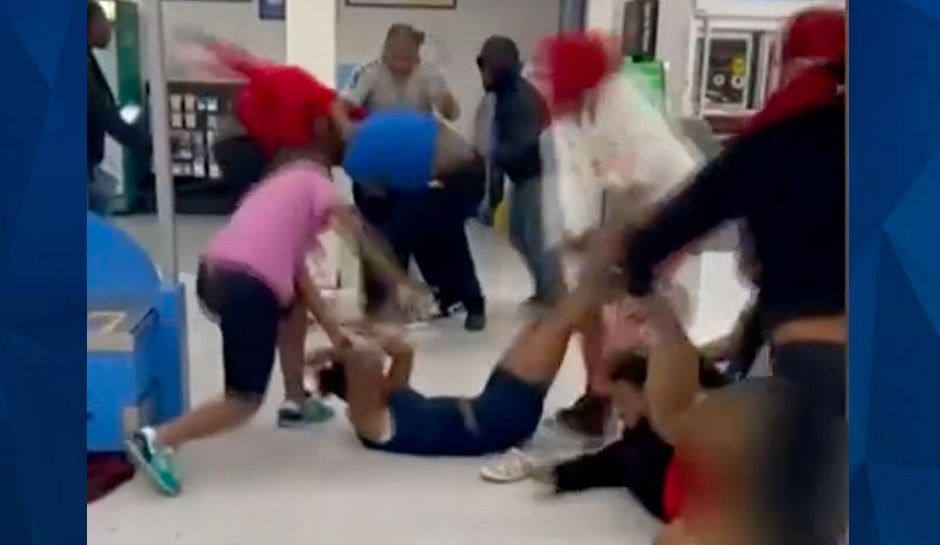 Missouri police are trying to identify the people involved in a brawl that broke out in the self-checkout area of a Ferguson Walmart this week.

Ferguson Police Chief Frank McCall said the melee broke out Tuesday night, after another, small incident earlier in the evening that was handled by staff without calling police.

“Apparently, it kicked back up shortly thereafter,” he told KMOV.

The chief said officers arrived at 9 p.m. for the second incident, but it, too, was already settling down when they got here. Officers are working to get surveillance video from inside the store — but videos posted all over social media showed people fighting, throwing objects, and setting off fire extinguishers.

“I’ve seen some videos on social media, and it’s disgraceful. I’m going to call it like it is,” said McCall.

“The fact that you have individuals that might have assaulted each other or had been assaulted, we have to ensure that they are prepared and willing to prosecute,” said McCall. “But the other thing is that we have Walmart as a victim as well, and I’m confident they’ll prosecute because they have some property damage as well.”

Some shoppers and residents have called for the store to be closed, siting other incidents that have taken place there. But McCall said he doesn’t consider the spot “a public nuisance.”

“I think the issue is this, it’s that [this] Walmart could’ve been in any place in within this region,” he said. “It all depends on the parties that are involved.”

“I will say it’s not isolated just to this location, and not just to this business. We have a lot of different incidences that are going on not just within business establishments but even on public streets,” the chief added. “And it’s not the point of trying to move it. You want to stop it.”

Police said no arrests have been made as yet, and no injuries were reported to investigators.