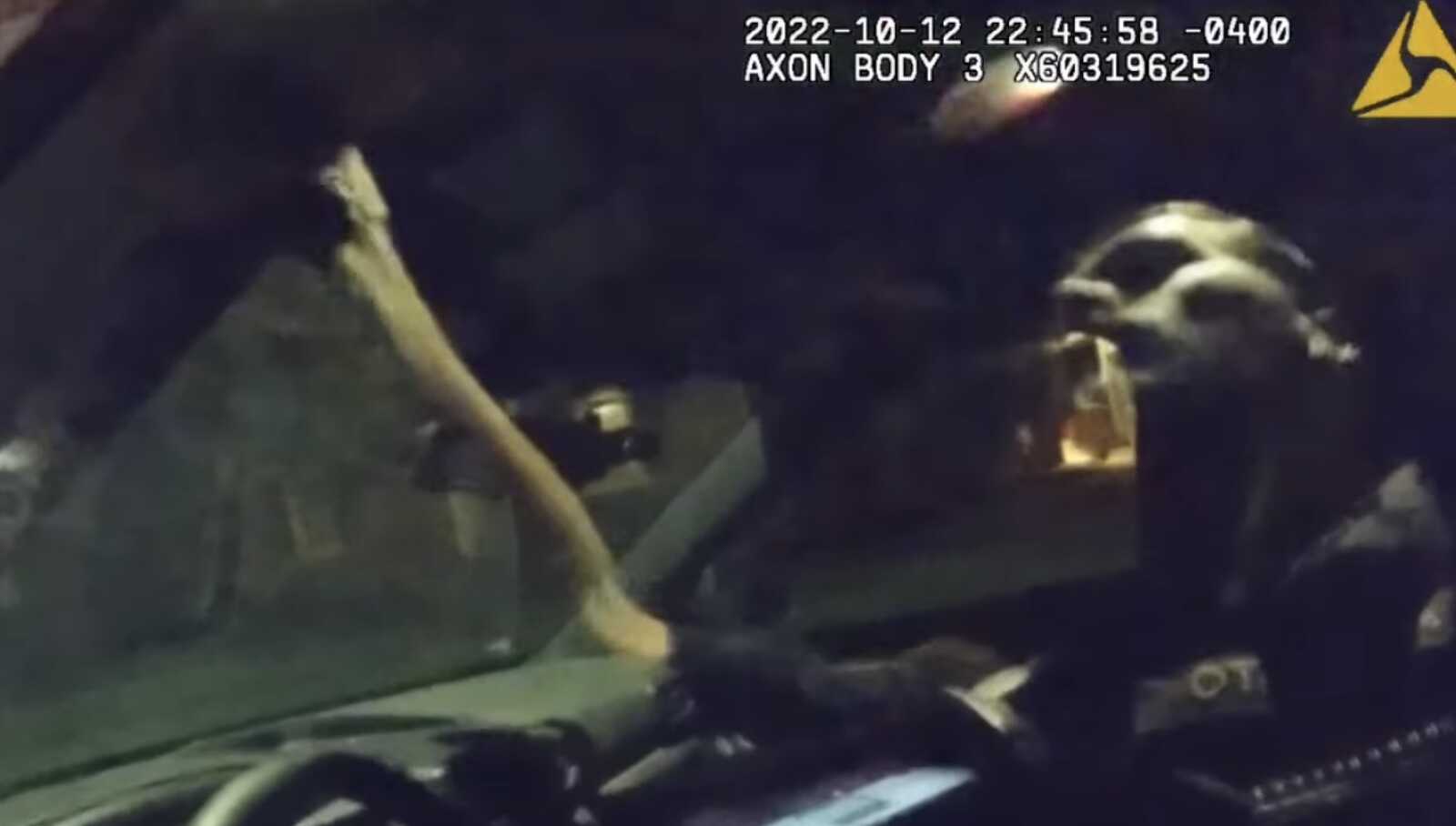 Video: Suspect Fired 80 Rounds at Connecticut Cops; Wounded Officer Took Him Out With One Shot

A report from Connectict’s Office of the Inspector General says that Nicholas Brutcher fired more than 80 rounds at three Bristol police officers last week, killing two and wounding the third.

The report also says that Brutcher opened fire on the officers from behind, WVIT reported.

Sergeant Dustin DeMonte, Officer Alex Hamzy, and Officer Alec Iurato responded to a call about a domestic dispute just after 10:30 p.m. on Wednesday. Investigators believe the call was placed by Brutcher, as CrimeOnline previously reported.

According to the Inspector General’s report, the three officers initially spoke with Nicholas Brutcher’s brother, Nathan Brutcher, at the home and ordered him to show his hands and step outside of the house. As he did, Nicholas Brutcher opened fire from outside the house and behind the officers.

A portion of Iurato’s body camera footage, which begins just after the initial barage of shots, shows Iurato limping painfully away toward his police cruiser and calling in “shots fire” and “officer down.”  What sounds like someone screaming can be heard on the video as Iurato stops by a tree to assess his leg wound and then makes his way to the cruiser as more shots ring out.

He pauses by the cruiser, then sets up with his hand gun on top of the vehicle and fires a single shot. The inspector general report says the shot struck and killed Nicholas Brutcher.

Iurato was taken to a hospital and underwent surgery but was released on Thursday. The Inspector General report says that, based on evidence collected so far, Iurato’s use of deady force was justified.

Investigators say Nicholas Brutcher was kicked out of a bar Wednesday night, went home, and got into a fight with his brother. He called 911 at 10:29 p.m., then waited in the front yard for police to arrive.

Nathan Brutcher was also wounded in the shooting, although it’s not clear if he was shot by his brother or officers.