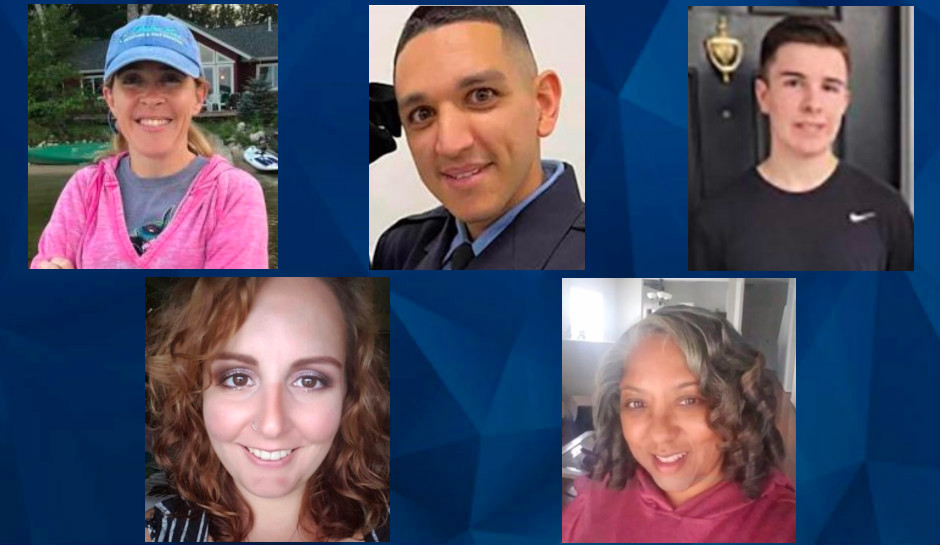 Raleigh police have released new details on a mass shooting that took place in a quiet neighborhood in the North Carolina capital just a week ago.

A 15-year-old high school sophomore, Austin Thompson, remains hospitalized in critical condition after he was shot near the end of the 4 1/2 hour ordeal in Raleigh’s Hedingham neighborhood on October 13.

In a report released on Thursday, investigators said they believed that a 16-year-old boy — previously reported to be Austin Thompson’s older brother, James Roger Thompson — was found stabbed and shot to death inside a home in the 5300 block of Sahalee Way. They believe he was the first victim.

Police said the first 911 calls about gunshots came in at about 5:09 p.m., and three minutes later a caller reported two people on the ground in the same block where the 16-year-old was later found.

The first victim was Marcille Gardner, found lying in a driveway on Sahalee Way. Nicole Connors was found on the front porch of the same address. Both were taken to the hospital, where Connors died from her injuries and Gardner remains in critical but stable condition. Police also found Connors’ dog shot dead nearby.

The next call came from Osprey Cove Drive in the same neighborhood. That call concerned Raleigh Police officer Gabriel Torres, who was in his personal vehicle preparing to leave for work. He was also taken to a hospital, where he died.

Police began arriving in the neighborhood at about 5:19 p.m. with lights flashing and sirens blaring. A photograph of the suspect — a young white male wearing camouflage — was taken by a witness and distributed to officers, who were told that the suspect had fled toward the Neuse River Greenway Trail.

Minutes after their arrival, another 911 call reported two victims on the Greenway. Mary Marshall, who was walking her dog, and Susan Karnatz, who was on a run, were pronounced dead on the scene.

The search for the suspect expanded across the river, and he was eventually located in an outbuilding at about 6:42 p.m. While officers were search that area, the suspect opened fire, striking Officer Casey Clark. Other officers returned fire and got Clark to safety. He was taken to a hospital and released on Thursday morning.

Officers used “tactical equipment” to determine Thompson’s exactly location in the structure, and at 9:34 p.m., the moved on the building, finding Thompson inside suffering from a single gunshot. Two minutes later, he was in handcuffs and on his way to the hospital.

Thompson was wearing camouflage clothing and carrying a backpack, with a handgun in his waistband, when he was found. Investigators foud several types of shotgun and rifle ammunition in the backpack. A sheath for a large knife was clipped to his belt, and a hunting knife was on the floor at the front of the building. A shotgun and shotgun shells were found lying on the ground near the suspect.

Investigators also later found “fired projectiles” inside another home in the neighborhood.

The two officers who opened fire on the suspect have been placed on administrative duty while the shooting is investigated.

The department said it was petitioning for the release of the body camera footage of those two officers and the wounded officer.

The report also includes a map of the neighborhood showing the suspect’s 1.9 mile journey from the Sahalee Way home to the outbuilding where he was captured.