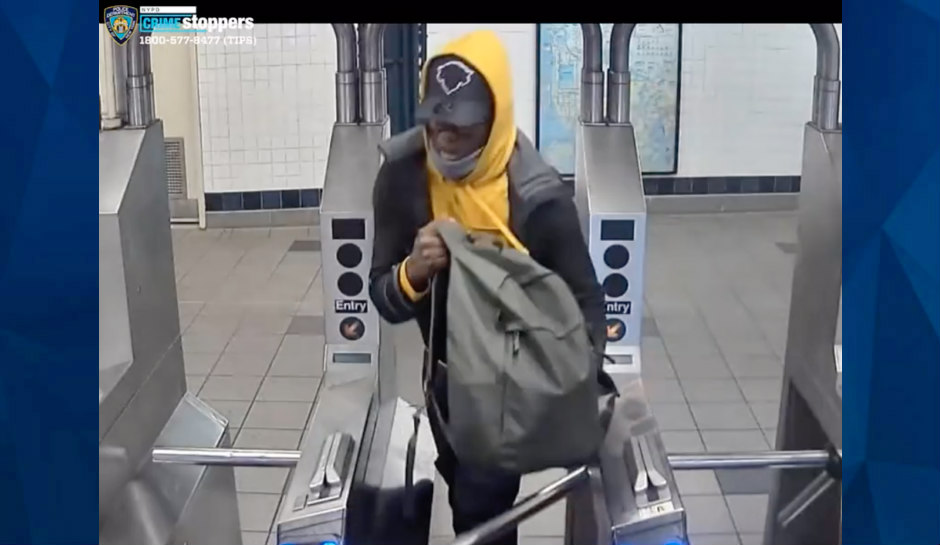 ‘It’s Like Chaos’: New Yorkers Nervous About Subway Crime as Another Victim Shoved Onto Tracks

New York police are searching for a man who shoved a stranger onto the city’s subway tracks on Friday, an unprovoked attack that comes amid an uptick in similar incidents, FOX 5 reports.

Security cameras recorded video of the unidentified suspect who shoved the 32-year-old victim at the Wyckoff Avenue and Myrtle Avenue subway station in Brooklyn around 2:40 p.m. The NYPD released footage from the cameras on Saturday showing the suspect, believed to be around 6 feet tall, standing on the platform as his arms are folded.

The suspect appears to look both ways and then runs toward the victim, hitting him with his shoulder in an apparent effort to forcefully knock the victim down.

The victim falls and ends up on the tracks for the northbound L-train as the suspect grabbed a backpack and fled the area, appearing to run through the station’s turnstiles.

Fortunately, the victim was not hit by the train and was treated for minor injuries at the scene. A transit worker who spoke with the victim told the New York Post that the man’s shoulder hurt and he was in shock.

“It’s not like he had a confrontation with the person or they were arguing or anything. It was just a random shove. He just got shoved into the tracks — that’s what he said. This guy pushed him into the tracks,” the transit worker told the Post.

The assailant was wearing a yellow hoodie, glasses, and a black jacket. To report information about the attack, call Crime Stoppers at 1-800-8477.

Ten people have died so far in 2022 on mass transit systems in New York City, with transit crime increasing by more than 41 percent this year, according to FOX 5.

Last week, a 26-year-old man was shoved onto subway tracks in the Bronx. Authorities have charged a 35-year-old man with attempted murder in that case.

Some New Yorkers are becoming increasingly nervous about riding trains given the increase in subway attacks.