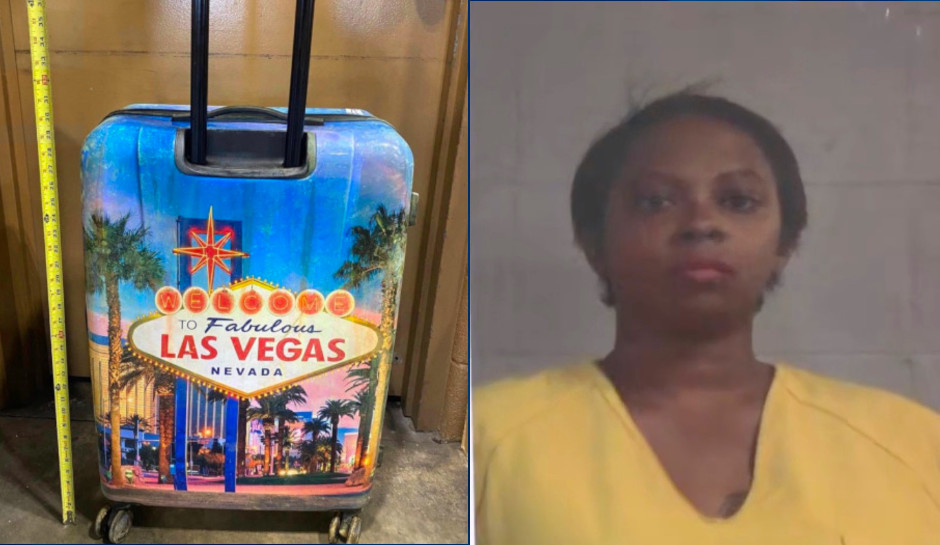 Boy in Las Vegas Suitcase Identified; Hunt On for His Mother, Now Charged With Murder

Indiana State Police are searching for a Georgia mother whose 5-year-old son was found dead off a rural backroad earlier this year, stuffed into a hardshell suitcase with the iconic Welcome to Fabulous Las Vegas sign painted on it.

Police spokesman Sgt. Carey Huls identified the boy as Cairo Ammar Jordan and his mother as 37-year-old Dejuane Ludie Anderson, both of Atlanta.

Authorities in Washington County, Indiana, have issued warrants for Anderson on charges of murder and neglect of a dependent resulting in death, Huls said.

Neglect warrants were issued for Anderson and for Dawn Elaine Coleman, 37, on October 14, and a few days later, Coleman, from Shreveport, Louisiana, was arrested in San Francisco. Huls said detectives traveled to Anderson’s last known location, the Echo Park area of Los Angeles, but were unable to locate her.  Coleman is expected to be extradited to Indiana within the next few weeks.

The murder warrant for Anderson was issued on Tuesday.

“We need the public’s help in locating the mother, Dejuane Anderson,” Huls told reporters. “This whole case is all about justice for Cairo.”

As CrimeOnline previously reported, a mushroom hunter found the suitcase with the boy’s body on April 16, and investigators launched their search for his identity. An autopsy revealed that he died from an electrolyte imbalance, most likely from a “viral gastroenteritis” caused by excessive vomiting or diarrhea. Toxicology tests found nothing abnormal in young Cairo’s system, and he had no severe injuries. Investigators couldn’t say if he died in the suitcase.

State police set up a tip line that surfaced thousands of tips, but none of them led to the boy’s identity. Comparisons with missing persons databases failed to find the boy’s name as well, but Huls declined to say what finally led them to Coleman and Anderson. He also did not describe Coleman’s relationship with the mother and son.

Detectives have been tracing Anderson across the country, however, and Huls said she had been to Houston, Las Vegas, San Francisco, Los Angeles, San Diego, and other locations.