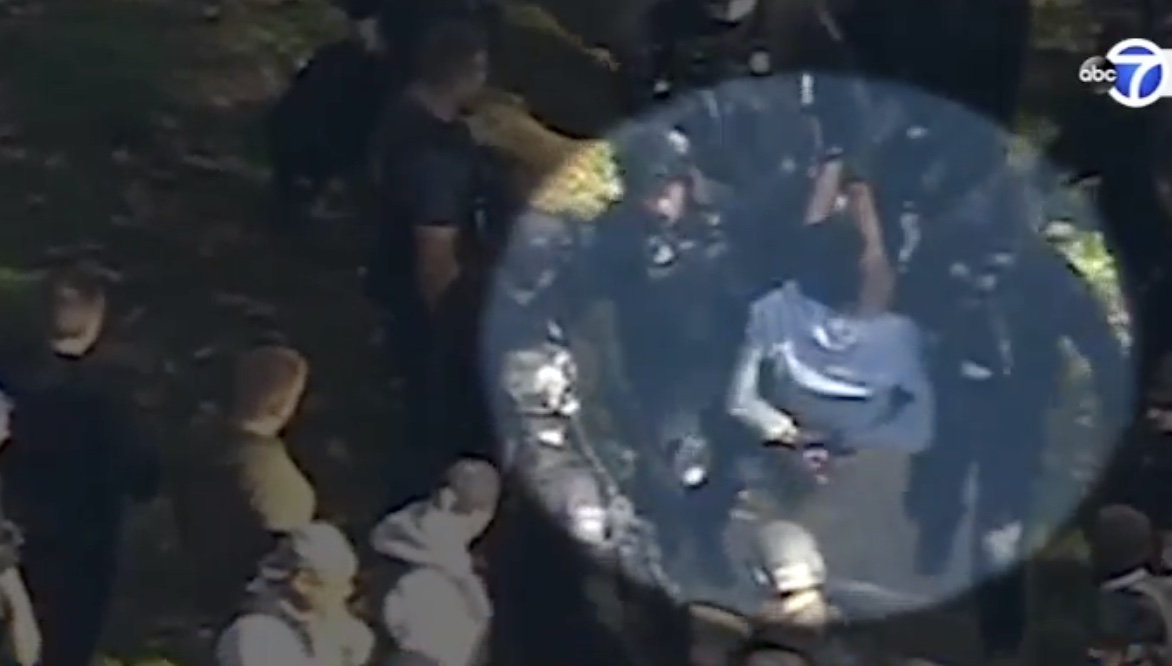 The police say shot two New Jersey police officers on Tuesday taken into custody on Wednesday after police located him in the same building where police initially believed they had him contained.

One of the two officers was released from the hospital Wednesday afternoon. The other is expected to recover but will remain hospitalized for a few more days.

As CrimeOnline previously reported, Tuesday’s shooting prompted wild rumors that someone had been shooting from a rooftop and struck the two officers. The truth, while equally frightening, was more mundane. A person inside the apartment building where they shooting took place called 911 at about 1 p.m. about a flyer police had posted about another shooting — a man seen firing a weapon into the air. The caller reported seeing the suspect at the apartment building.

As the two officers left the building, they encountered Howard in the parking lot. During an altercation, he pulled a gun and fired, striking one officer in the leg and the other in the shoulder. The officers returned fire, and Howard fled.

Police blocked off streets and evacuated the apartment building while they searched for Howard but didn’t locate him until about 11 a.m. on Wednesday, when a SWAT team pulled up to the same building they had searched floor by floor on Tuesday and literally carried him out.

A senior law enforcement official told WNBC confusion marked several points in the investigation. Investigators initially believed Howard ran back into the apartment building, but they now admit he could have run in and back out or even around the building. The same official said the reports about a gunman on the roof came from residents who saw the two officers go down and thought the sound of gunshots came from above.

The officials also said that people who knew Howard reported that he had been “off” lately, suggesting he may have been suffering from mental health issues.

It’s not clear what brought the SWAT team back to the building, although Acting Essex County Prosecutor Theodore Stephens II said the building was still an active crime scene on Wednesday morning.

“It is not unusual for law enforcement to not release that building — so to speak — and to go back and forth … looking for additional evidence,” he said.