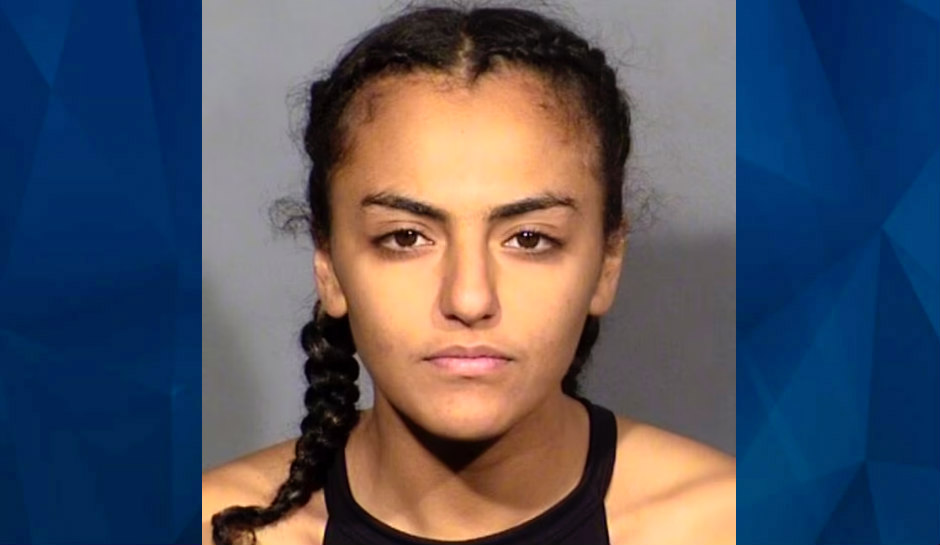 HEAR IT: Vegas Woman Accused of Killing Her Mother Confesses in 911 Call

Hend Bustami, awaiting extradition in California, previously accused police of harassing her because she’s too ‘good-looking.’

“I think I killed my mommy.”

Investigators in Las Vegas say Hend Bustami, 28, told a dispatcher that she killed her mother before eventually hanging up the call and fleeing into California, where she was taken into custody by highway patrol troopers who said they found her covered in blood.

Bustami’s mother, 61-year-old Afaf Hussanen, who was found stabbed to death in the home she shared with her daughter on October 26.

The 911 call, along with other records relating to Bustami’s alleged activities since the summer, were obtained by KLAS. Bustami, as CrimeOnline has reported, previously accused police of detaining her over an unpaid restaurant bill because she’s too “good-looking.”

But that wasn’t Bustami’s only run-in with police. Records show that Bustami was arrested for battery against a security guard in the Arts District in June. She was booked into the Clark County jail and released, but failed to show for arraignment in July. A judge issued a bench warrant for her arrest. Then came the detention for skipping out on a Chili’s bill on August 31.

Bustami appeared in court on September 2, but another bench warrant was issued on September 27. Investigators denied a KLAS request for more records about the battery charge.

The records the station did obtain showed that Las Vegas police answered 12 calls for service at the home in 2022, seven of them for “family disturbances.”

“Why do you think you killed your mom?” the dispatcher asked the caller.

“Cause I did. I murdered her.”

“I broke the table on her head and I cut her neck off.”

Bustami gave the dispatcher the address, but she was gone by the time police arrived.

Police believe the caller was Bustami, who hung up shortly after her admission. She was arrested at about 5 a.m. in Barstow, California, and allegedly told investigators there, too, that she had killed her mother. Bustami remained in jail in San Bernardino County on a fugitive warrant Friday morning with a hearing scheduled for Wednesday. She will eventually be extradited to Nevada to face charges.