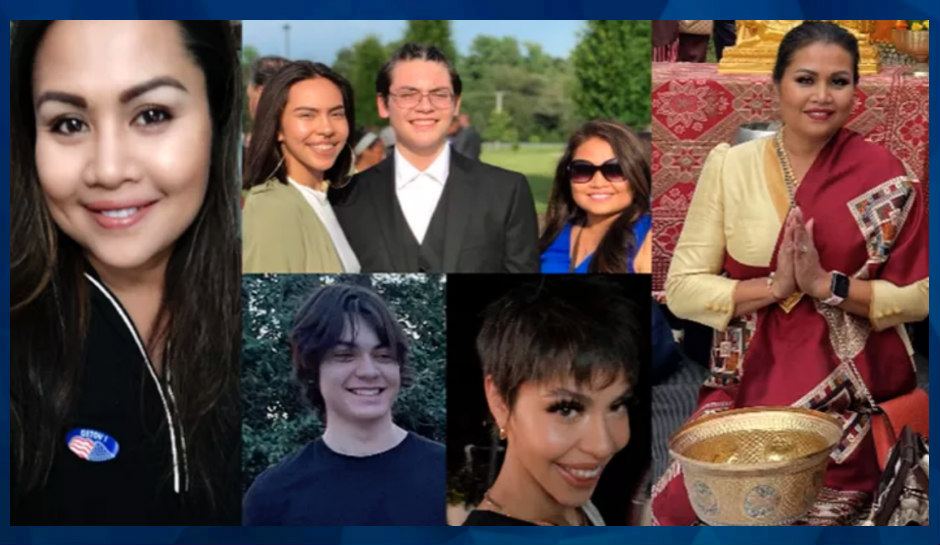 A Maryland man came home Saturday to find his family dead in what authorities described as a murder-suicide involving five people.

Investigators believe that Sales shot himself following the killings. He did not reside at the residence but had lived there previously, according to The Washington Post.

Darin Mann, Sommaly Mann’s former husband, discovered the deaths after he returned home from work on Saturday afternoon. Police responded to the scene around 4 p.m. Sales and Sarah Mann had two young children – a 2-year-old and another not even 1 year old – who were found physically unharmed away from the scene, according to CNN.

Records show Sales had been prosecuted for domestic violence in 2021 but the charge was dropped because the petitioner did not appear in court. An unidentified person also had secured a restraining order against Sales around the same time as the charge.

One neighbor said they had observed “physical arguments” involving Sales and Sarah Mann, in addition to Sales and her father, Darin Mann, according to WJLA-TV.

As news of the mass killings spread in the community, neighbors left flowers in front of the two-story brick home. A GoFundMe account also is raising money to pay for memorial costs and to help raise the surviving children.

“Sunny was a loving mother to Sara and Kai and one of the most giving and caring people you could have ever met. She devoted her life to providing for her family and temple in every way she could and was always there for any of her families and friends who needed her,” the GoFundMe page reads.

It continues: “Sara was also a loving mother of two beautiful children, Gaylin (2 years old) and Wesley (less than a year old), who are now orphaned. Kai was a kind, caring and sweet soul who worked hard at his Dad’s business to help provide for the family.”