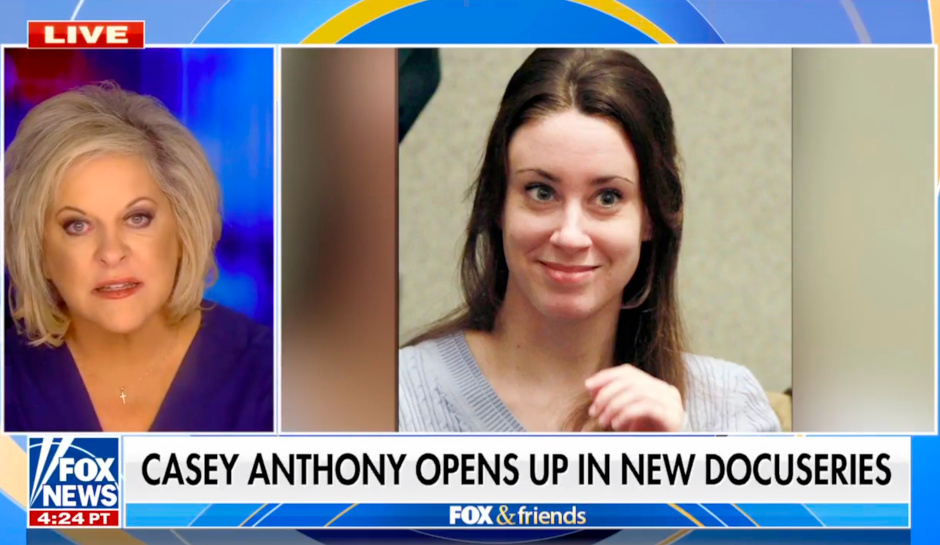 CrimeOnline’s Nancy Grace says she recalls the image of duct tape wrapped around 2-year-old Caylee Anthony’s head when the little girl’s body was found in a Florida swamp in 2008, and that is one reason she turned down an offer to appear in a new documentary about the case.

Little Caylee’s mother, Casey Anthony, was acquitted of murder in 2011, although she was found guilty of lying to police, as CrimeOnline previously reported. “Casey Anthony: Where the Truth Lies” premieres at the end of the month on Peacock, and Grace says she just doesn’t condone and doesn’t want to be part of what she says will be “an airbrushed, digitized version of the truth.”

She says she’s gonna tell her truth,” Grace told Fox News. “Her truth is very different from THE truth.”

Grace said she couldn’t be confident that her questions “would not somehow be manipulated,” especially given that Anthony would likely be dealt “softball questions” from a producer.

“Whatever we get is gonna be nothing but a pack of lies, and I don’t want to be part of that,” the FoxNation host said.

Grace said Anthony didn’t testify on her own behalf because she would never have “survived an intense cross examination.”

Grace noted that Anthony has “popped up” several times in the years since the death of Caylee Anthony, mostly in bars doing shots or fighting over men.

“I’m not judging,” she said “I don’t care what anybody does in a bar on their own time. Not my business.

“I care about a little girl thrown into a swamp about 10 houses down from the Anthony home. That’s what I care about. With duct tape wrapped across her nose and mouth. And now she has another platform to spew another batch of lies?

“I don’t condone that. I don’t agree with that. It’s wrong.”