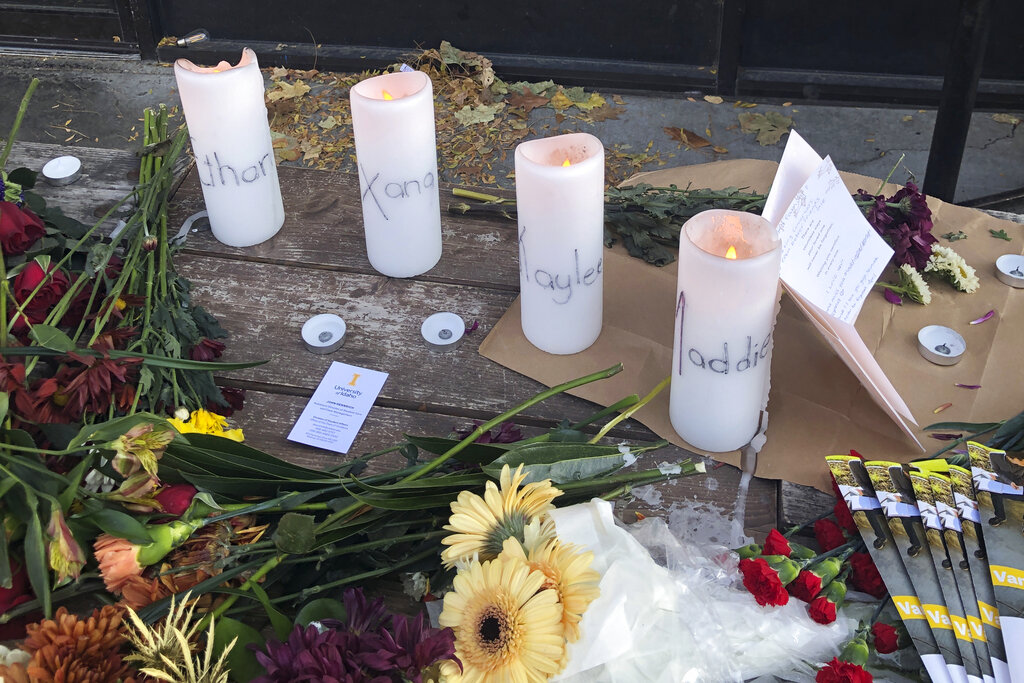 Update: Man Idaho Student Victims Called Identified; Family Says ‘He Absolutely Had Nothing To Do With This’

Two of the four victims who were stabbed to death near the University of Idaho last weekend allegedly called a man named “Jack” 10 times shortly before they are believed to have died, Inside Edition reports.

Why those calls were placed and the identity of “Jack” remain publicly unknown as police continue to investigate the slayings of 21-year-old Madison Mogen, 21-year-old Kaylee Goncalves, 20-year-old Ethan Chapin and 20-year-old Xana Kernodle.

Investigators believe the four victims, all students, were murdered between 3 and 4 a.m. inside a home off campus in the small college town of Moscow, Idaho, on November 13.

Goncalves and Mogen were seen at a food truck in downtown Moscow earlier in the evening and then got a ride home using a “private party” around 1:40 a.m., police said.

Kaylee Goncalves has been pictured in an Instagram photo she posted with a man named “Jack,” according to Fox News.

Police say they have not identified a suspect or a murder weapon used in the slayings. Two other roommates who were home at the time of the killings have been ruled out as suspects.

Officers responded to the home after authorities received a report of an “unconscious person” at the residence at 11:58 a.m. At least one of the doors to the home was open and there were no signs of forced entry.