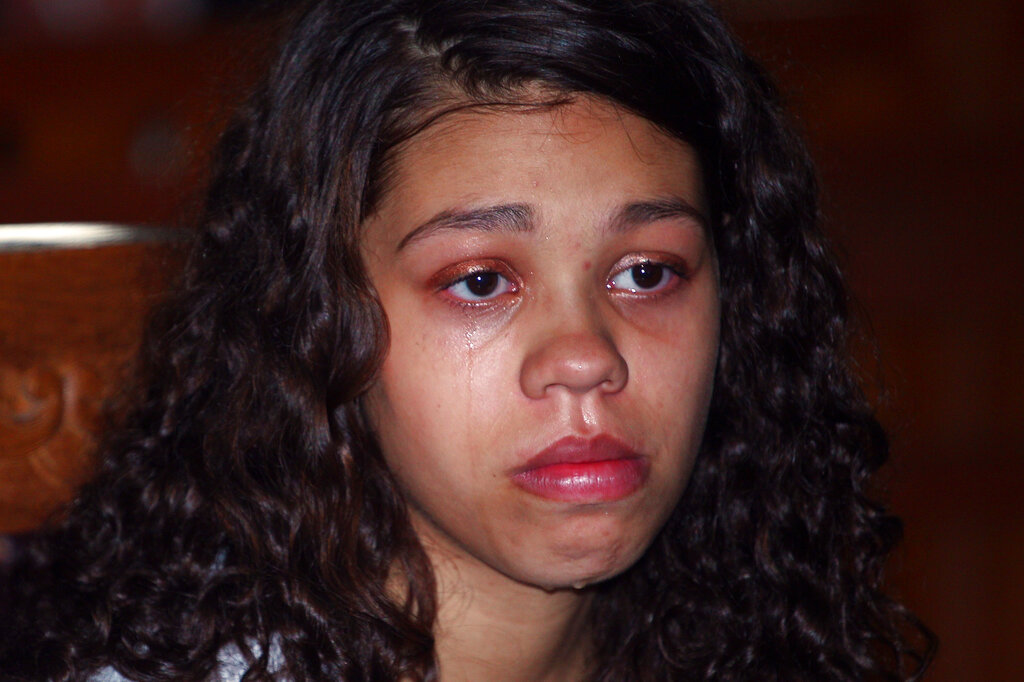 A former Chicago socialite who has already spent eight years behind bars in Indonesia for the murder of her mother was denied bond this week and will remain jailed until her conspiracy trial begins next summer.

Heather Mack, 27, was convicted in the murder of Sheila von Wiese-Mack in 2014 in Bali, where von Wiese-Mack was killed in a posh hotel and stuffed into a suitcase by Mack and her then boyfriend, Tommy Schaefer, as CrimeOnilne previously reported.

Both were convicted. Schaefer remains in an Indonesian prison, serving 18 years, while Mack, sentenced to 10 years, was released last year for good behavior. She returned to Chicago, with the daughter she gave birth to in prison, only to be arrested when she got off the plane.

Federal prosecutors say Mack and Schaefer killed von Wiese-Mack for the proceeds of her $1.5 million estate.

If she’s convicted on the conspiracy to commit murder charges, Mack faces up to life in prison.

Von Wiese-Mack’s sister testified at the bond hearing on Thursday, telling US District Court Judge Matthew Kennelly that her niece was a “master manipulator” and a “chameleon” who “will look up at you … big brown eyes filled with tears. … She will appear frail, weak and incapable,” Curran said, but it’s not true, the Chicago Sun-Times reported.

“There’s plenty of reason to believe that, when Ms. Mack has conflicts with other people, she solves them with violence,” Kennelly said as he denied the bond request.

Three weeks earlier, a Cook County judge granted temporary custody of Mack’s 7-year-old daughter — who lived with a foster parent in Indonesia while her mother was in prison and returned with her to Chicago — to Curran’s daughter. Mack objected to the arrangement.

Mack’s attorney, Michael Leonard, argued that there was no conspiracy to kill von Wiese-Mack and that instead Schaefer had “freaked out” during an argument and killed her. But prosecutors had long ago released text messages between the two in which they discussed the killing just moments before the death. Additionally, Schaefer’s cousin, Robert Bibbs, is serving a nine-year prison sentence for advising them on the murder from the United States.

After the hearing, Leonard said the judge’s ruling was “very difficult” for his client.

[Featured image: Heather Mack  listens to her verdict through an Indonesian interpreter during her trial in Bali, Indonesia on April 21, 2015. (AP Photo/Firdia Lisnawati)]