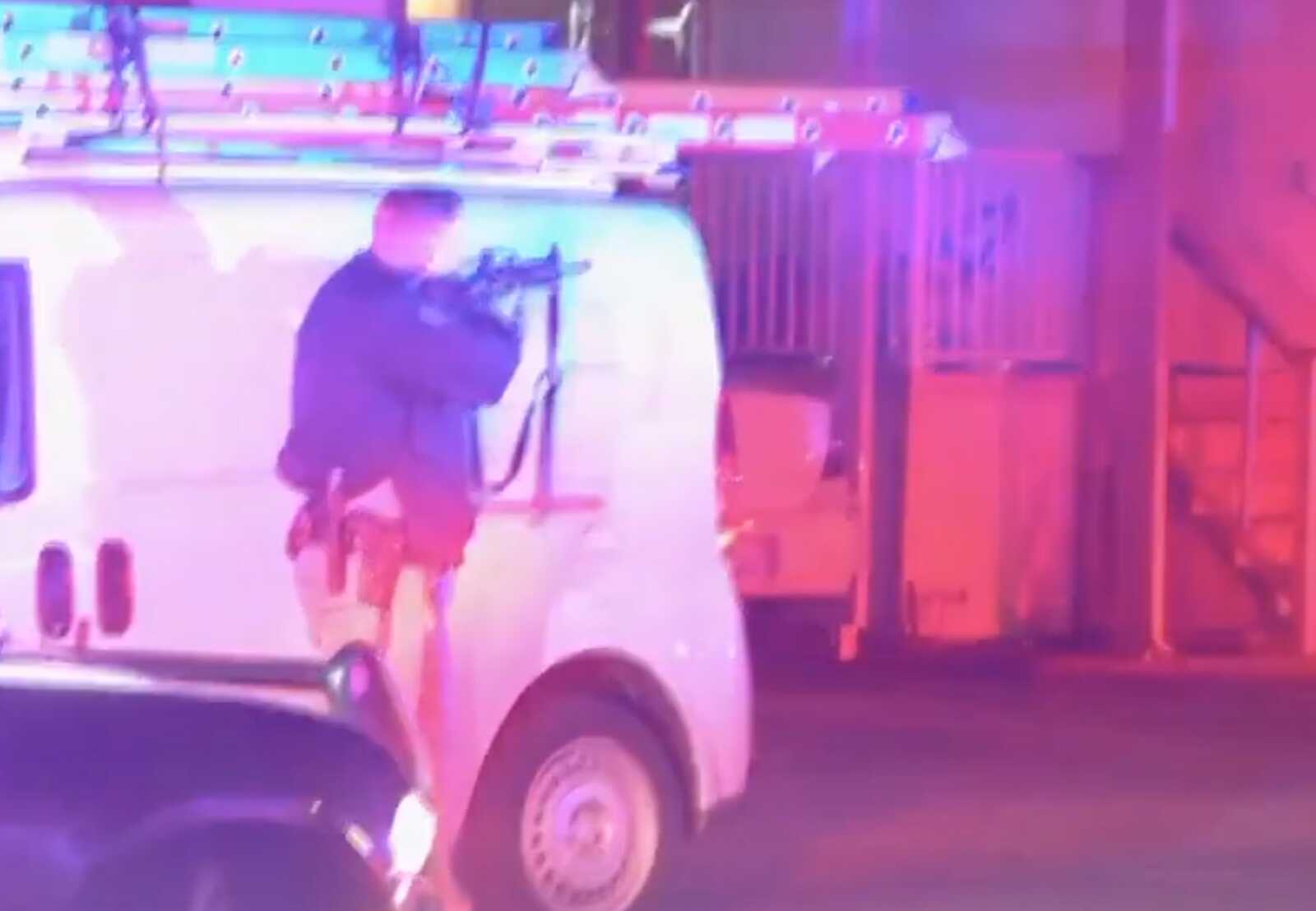 A lengthy barricade situation at a California mobile home park ended early 20 hours after it began Tuesday night with the suspect — the child’s father — dead and the baby safe.

KCBS reported that Los Angeles County deputies shot the man at about 9:30 p.m. Wednesday night after an ordeal that began when state troopers spotted him driving 132 mph just before midnight on Tuesday. KTTV said. He was taken into custody and later pronounced dead.

KABC said that the 17-month-old child was taken to a nearby hospital for an evaluation and said to be “OK.”

The suspect led police on a high-speed chase — at times reaching speeds of 130 mph — for more than an hour over multiple freeways and surface streets in the area of Palmdale and Lancaster, as CrimeOnline previously reported. At one point, he called 911 and said he had a child in the vehicle with him and that he would shoot officers if they didn’t break off the pursuit.

The California Highway Patrol said he did fire at pursuing officers after that call, shortly before 1 a.m., but no one was hurt.

In the early morning hours Wednesday, he stopped at a mobile home park and got out of the car. Holding his gun to the baby’s head, he backed slowly into a trailer home and locked himself inside.

A SWAT team from the Los Angeles Sheriff’s Department was called in, but they were unsuccessful in convincing him to surrender. Officials and members of his family issued pleas for him to surrender, broadcast on local media.

Fernando refused to communicate with anyone, however, other than a note he put on the window requesting diapers, KABC reported. It’s not clear if diapers were provided, but authorities tried to deliver a cell phone to him with a robot later in the day.

Although details weren’t released, KTTV said that deputies shot the man when he again put his gun to the child’s head.