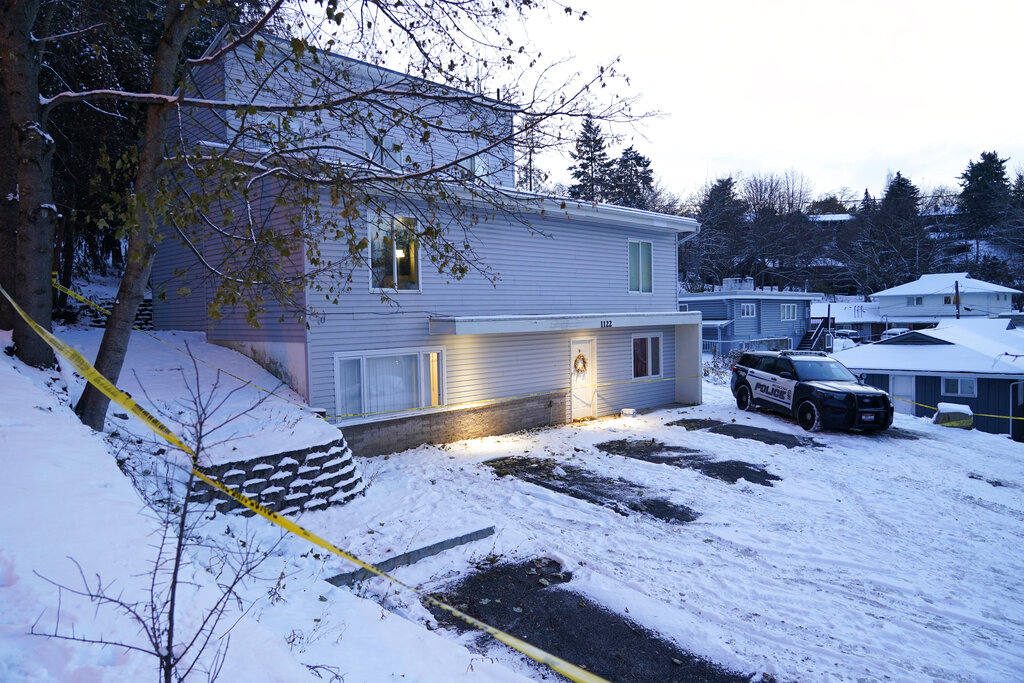 Two and a half months before four University of Idaho students were brutally stabbed to death at a home in Moscow, Idaho, police responded to the same residence about a loud party and spoke with one of the victims, according to newly released body camera footage.

The video, obtained by YouTube channel “Truth & Transparency,” shows police officers at the house because of a noise complaint on the evening of September 1, 2022.

According to the video, officers knocked on the front door for 10 minutes before someone answered and said the people who live there were not at the party.

“I just looked for everyone that lives here, and they’re not here right now,” an unidentified male told officers, according to Fox News. “I have no clue where they went. No clue.”

Police then raised concerns about underage drinking, prompting one of the males to call Mogen.

“The reason that we’re here is that we received a noise complaint of loud music and partying,” one of the police officers told Mogen on the phone call.

“None of the occupants who live at this address are here right now, so now you have a house full of random people. You need to let them know that the noise needs to come down.”

A female who identified herself as “Maddie” can be heard on the phone apologizing to the officer, telling him she was “so sorry” for the situation, according to the New York Post.

“I’m just frustrated,” Mogen appears to have said to the officer, the Post reports.

The officer then urged Mogen to “just come home,” according to the video.

Neighbors have described the home as a party house, which may be significant because law enforcement experts have said the killer likely knew the layout of the scene.

Investigators have yet to identify a suspect or locate the murder weapon used in the slayings. As of Thursday, police said they had received nearly 12,000 tips about the case.