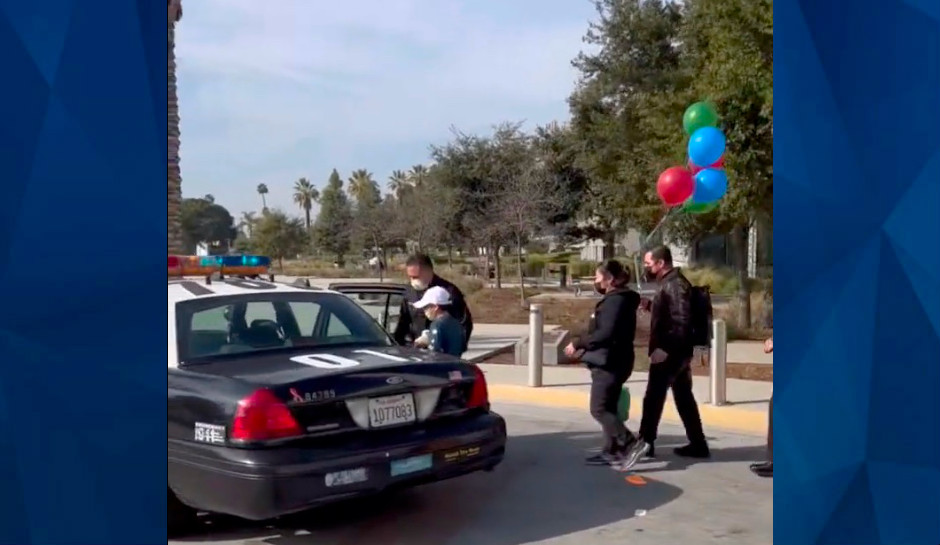 A 9-year-old boy who was stabbed in a downtown Los Angeles Target store last month walked out of the hospital on Friday, just in time for Christmas.

Brayden Morales was stabbed twice on November 15 by a 40-year-old homeless man who reportedly told the child he was going to kill him, as CrimeOnline previously reported. A 25-year-old woman intervened and was seriously wounded herself.

Holiday Wishes come true. Today Central Area granted the wish for B. Medina who was the victim of a brutal crime over 1 month ago at Target (7th/Figueroa). He was able to walk on his own and be home for the Holidays with his family@LAPDChiefMoore @lapdmikeoreb pic.twitter.com/dWt8DTYIS2

The suspect was fatally shot when he reportedly lunged at a security guard.

Los Angeles Police officers, who checked in with Brayden weekly while he was hospitalized, organized a procession for his release, KABC reported.

“It’s fabulous to say that … Christmas is Sunday [and] today he is released,” said LAPD Capt. Elaine Morales. “It’s emotional for everyone here because, again, you have a child that’s 9 years old but he was the victim of a severe, tragic incident. But more importantly, the law enforcement officers here at Central Division have shared that experience from the time he was taken to the emergency room.”

Morales tweeted a video of Brayden’s walk from the hospital to a waiting patrol car for his ride home.

Brayden was stabbed twice in the shoulder with a knife the suspect took from the store’s kitchenware department. He’s well on his way to recovery, with a little more physical therapy left, KTLA reported.