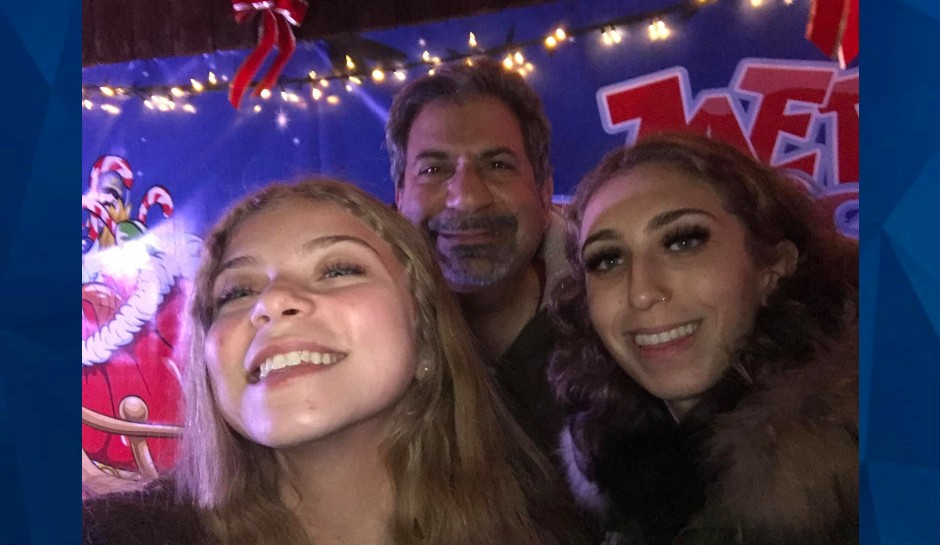 An aspiring model and Instagram influencer allegedly admitted to bashing her father’s head with a hammer and stabbing him repeatedly before attacking her sister, the New York Post reports.

“My father was sitting on the couch. I hit him on the head with a hammer. Then I reached for my favorite German knife and stabbed the s*** out of him,” Nikki Secondino (pictured right) allegedly told investigators, according to the Post.

“My sister came out and tried to stop me, and I stabbed her in the back, head and stomach. I wanted them dead.”

The 22-year-old faces a murder charge concerning the death of her father, 61-year-old Carlo (pictured center), and an attempted murder charge for injuries to 19-year-old sister Liana (pictured left), who is hospitalized in critical condition and reportedly fighting for her life.

The violent episode occurred on Wednesday in the family’s home in Brooklyn, WCBS-TV reports. Secondino first claimed that two males had broken into the residence around 6 a.m. and sought money from a safe before she allegedly told police what really happened.

An unidentified neighbor told the New York Daily News, “I heard like wrestling, fighting. I did hear the father. He pleaded to me ‘Please call the cops!’ . . . The front of his chest right there, it was saturated in red like he was wearing a red vest.”

Another neighbor said Secondino screamed and banged on her door to let her in, allegedly shouting “Oh my god! Oh my god! Open up the door!” according to the Daily News.

“I saw the blood in the hallway so I immediately closed my door and I didn’t want to get involved,” the neighbor told the newspaper. “He was just like lying there. His head was facing towards the window, the kitchen window. He was face up lying on his back,’ the neighbor recalled.”

The neighbor added that she could often hear arguments coming from the family and that police had responded to the apartment previously because of fights, WNBC-TV reports.

“Every time when they argue, there was banging. Because the walls are just sheetrock, I would hear everything,” the neighbor told the Daily News.

Secondino, whose hands were wounded in the attack, allegedly told police that she also would have tried to kill one of the neighbors who called 911, according to the Post.

Public records show that Secondino sought a temporary protection order against her dad and sister in July, the Post reports. The protection order was sought after Secondino alleged that her father was involved in the mob and threatened her life.

A judge signed the protection order, although there was no evidence that the father had mob ties.

Secondino has more than 15,000 followers on Instagram and has said previously that she was contracted with a modeling agency, according to the Post.