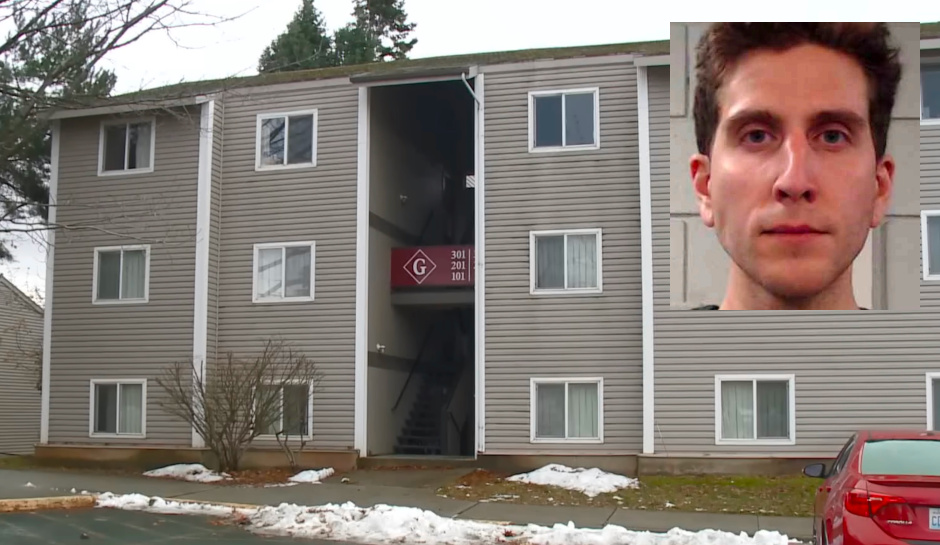 The man accused of brutally murdering four University of Idaho students in November kept odd hours and “seemed like he never slept,” according to his downstairs neighbor at Washington State University student housing, where he lived.

Bryan Kohberger was a PhD candidate in justice and criminology at the school in Pullman, Washington, less than 10 miles from Moscow, Idaho, where Xana Kernolde, Madison Mogen, Kaylee Goncalves, and Ethan Chapin were killed on November 13, as CrimeOnline has reported. The seven-week investigation led police to Kohberger, 28, who was arrested last Friday at his parents’ home in Pennsylvania, where he’d gone for the winter holidays.

He is due in court on Tuesday, when he is expected to waive extradition and be returned to Idaho to face four counts of murder and one count of burglary. Once he makes an appearance in an Idaho court, the arrest affidavit filed in the case can be unsealed and more details about how investigators identified him as a suspect will become known.

Kohberger’s neighbor, who requested anonymity, told the New York Post that the suspect was “normally a very late night person, going to the bathroom and vacuuming at 1 or 12 in the morning.”

“I have ids, so sometimes I thought of speaking to him or complaining, but never did,” she said. “It seemed like he never slept because he was always doing something all night.”

The neighbor said Kohberger moved into the Pullman housing unit, usually reserved for graduate students with families, in August.

“At first he moved in by himself, and we thought his family would come later, but he lived there alone,” she said.

She also said she and her husband were shocked when Kohberger was named the suspect in the killings because he really doesn’t look tough enough to be a killer.

“I don’t know how he could’ve killed people because he doesn’t look that tough,” she said. “We are all Ph.D students here so it takes a lot of hard work and smarts to get to this point. You don’t think someone like that could do something like this.”

Kohberger’s family released a statement Sunday through Jason LaBar, the chief public defender of Monroe County, Pennsylvania, who is acting as his attorney through the extradition process. They expressed profound sadness “for the four families who have lost their precious children” and said they were fully cooperating with authorities in order “to seek the truth and promote his presumption of innocence rather than judge unknown facts and make erroneous assumptions.”