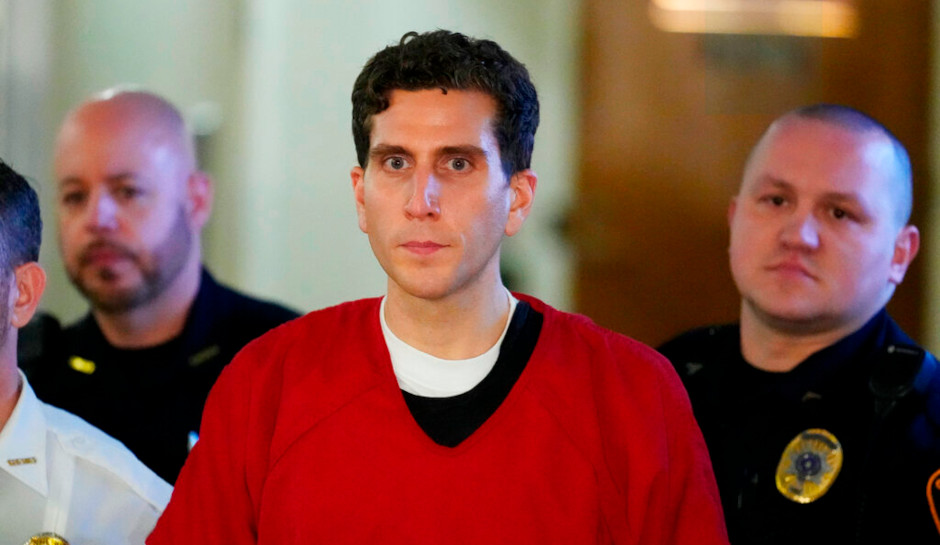 According to Idaho state records, Kohberger was cited for failing to wear his seatbelt on August 21, then failed to show up at court, resulting in a default judgement, which he paid on September 24.

When he was pulled over in Moscow, Idaho, Kohberger was driving the white 2015 Hyundai Elantra that was seized after his arrest last week at his parents Pennsylvania home, Inside Edition reported. At the time, it had Pennsylvania plates.

But on November 18 — five days after the bloody murders of Kaylee Goncalves, Ethan Chapin, Xana Kernodle, and Madison Mogen — Kohberger changed the car’s registration to Washington state. The vehicle had the new Washington plates in December as Kohberger and his father drove cross-country to reach the Kohbergers’ Pennsylvania home for the holidays — and when first a Hancock County Sheriff’s Department deputy and, minutes later, an Indiana State Police trooper stopped them for following too closely. Kohberger was let off with a warning.

Inside Edition said that Washington law requires a driver to have a Washington driver’s license to register a car in that state; it’s not clear when Kohberger got the Washington license.

Moscow Police announced on December 7 that they were looking for a white Elantra that had been seen near the murder house around the time of the murders, as CrimeOnline previously reported. A week later, Kohberger began his drive back to Pennsylvania. Jason LaBar, the Pennsylvania public defender who represented Kohberger at his extradition hearing on Tuesday, said that Kohberger and his father had previously planned the drive.

A Spokane, Washington, television station — KREM — pulled the CarFax report on Kohberger’s Elantra and found that it had been last purchased in 2019 in Pennsylvania and its registration renewed there the next two years. The title “was issued or updated” on November 18, 2022 in Pullman, Washington, where Washington State University is located.

Kohberger is reportedly on his way back to Idaho after waiving extradition on Tuesday. According to TMZ, his plane, owned and operated by Pennsylvania State Police, left Pennsylvania early Wednesday morning and made a pit stop in Champaign, Illinois, before getting back in the air for Idaho. He is not expected to appear in court in Latah County until Thursday morning at the earliest.

[Featured image: Bryan Kohberger, who is accused of killing four University of Idaho students, is escorted to an extradition hearing at the Monroe County Courthouse in Stroudsburg, Pennsylvania, on January 3, 2023. (AP Photo/Matt Rourke, Pool)]