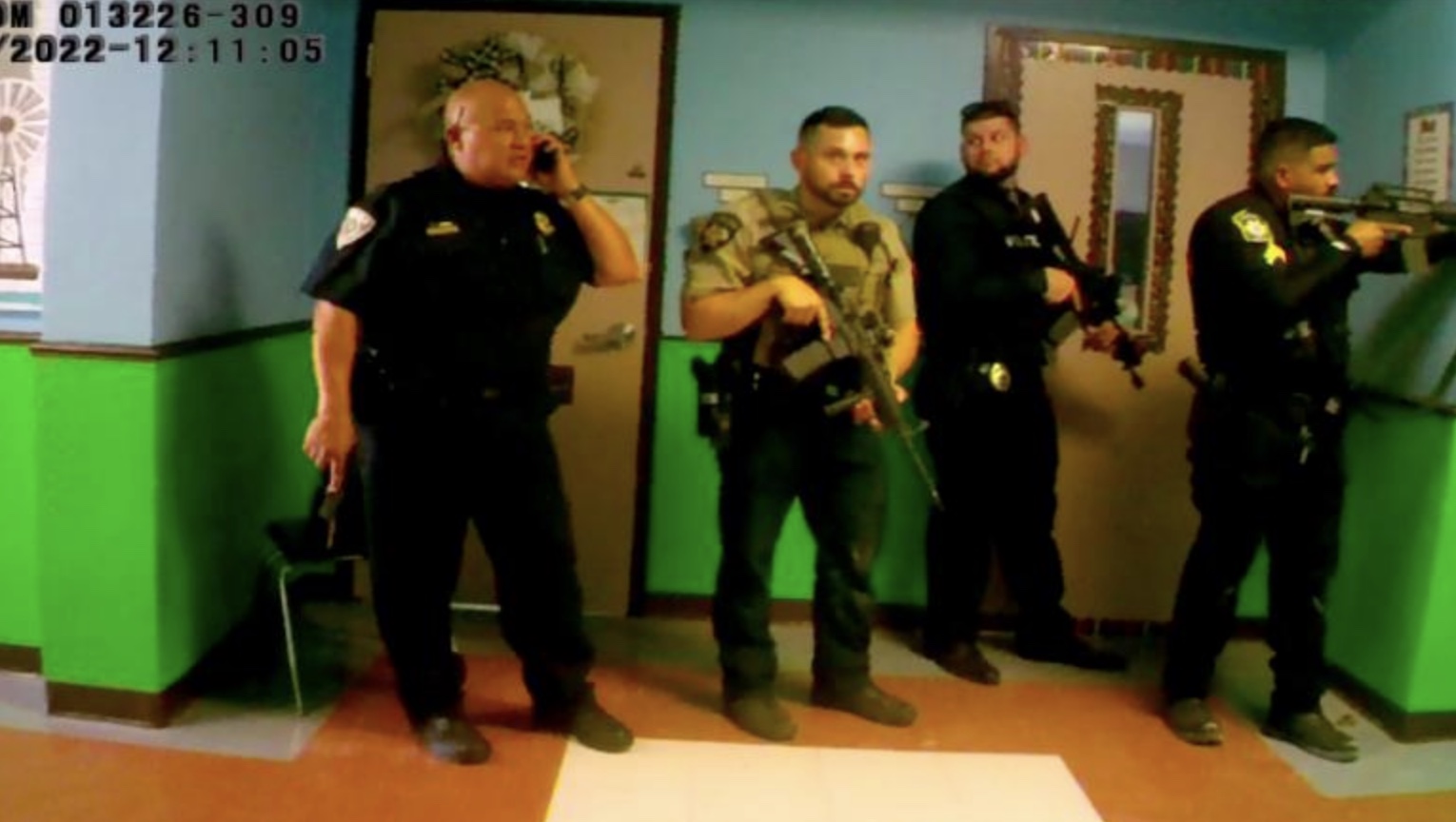 HEAR IT: School Police Chief Says He Didn’t Confront Robb Elementary Shooter Because He Prioritized Kids in Other Classrooms

Newly-released audio revealed that a Texas school police chief intentionally avoided confronting the gunman who barricaded himself in a classroom at Robb Elementary and killed 19 students.

A day after the May 2022 shooting, then-Uvalde Schools Police Chief Pete Arredondo told investigators with the FBI and Texas Department of Public Safety that he knew children were in the classroom with gunman Salvador Ramos, 18, but he chose not to treat him as a barricaded suspect. In the recording obtained by CNN, Arredondo admitted that he violated protocol by not confronting the shooter — even though he believed he heard him reloading his gun during the hourlong ordeal that left 21 people dead.

“I know this is horrible and I know it’s [what] our training tells us to do but – we have him contained, there’s probably going to be some deceased in there, but we don’t need any more from out here,” Arredondo told investigators.

Arredondo was one of the first police officers to respond to the scene after Ramos barricaded himself in the classrooms at Robb Elementary School, as CrimeOnline previously reported. Even though Arredondo claimed he requested and was waiting for assault rifles, CNN reported that officers with long guns were located at the end of the hallway.

Texas Department of Public Safety director Colonel Steven McCraw called the response to the May 24 shooting an “abject failure” which he blamed on Arredondo. Arredondo was fired in August.

Video footage suggests that officers stood by after the initial gunfire, even as the gunman fired four additional rounds. Officers remained inactive even after asking for keys to a presumably unlocked classroom and gathering tear gas, gas masks, and a sledgehammer. Further, security footage reportedly showed police never tried to open the classroom door — which would contradict Arredondo’s claims that he spent an hour in the hallway trying to locate a key that would open the door.

Arredondo told the media that he did not bring his two radios as he believed they would weigh him down. According to CNN, Arredondo used his phone to communicate during the shooting — but he said he stopped answering when he was bombarded with calls.

“Call me when SWAT is set up. I’m going to have you on vibrate though, so call me twice if you have to,” he told a 911 dispatcher.

In August, some of the victims’ families filed a $27 billion lawsuit against multiple law enforcement agencies for their handling of the deadly mass shooting.

See more reporting from CrimeOnline on the tragic shooting at Robb Elementary School.