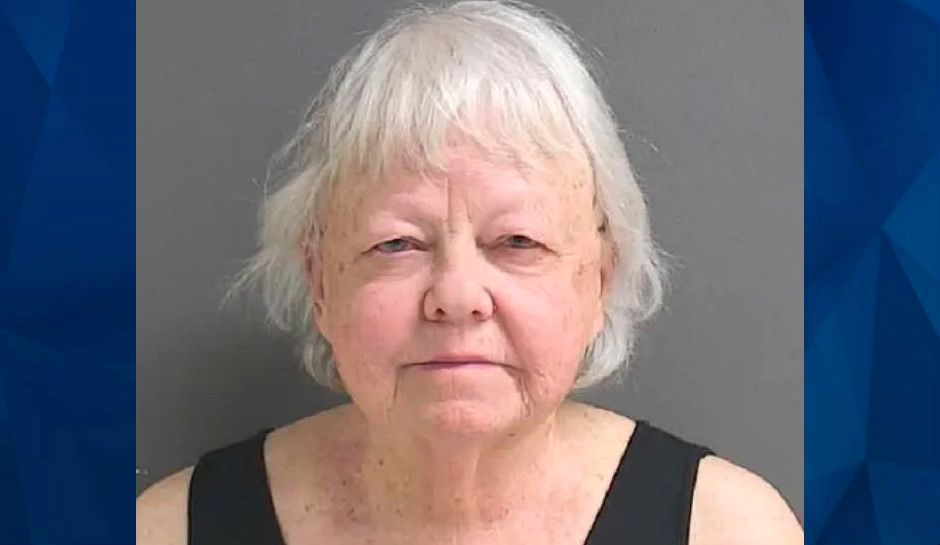 A 76-year-old Florida woman charged with first degree murder in the shooting death of her terminally ill husband — which police say was the result of a murder-suicide agreement — made her first court appearance on Sunday and was ordered held without bond.

Ellen Gilland fatally shot Jerry Gilland, 77, in his Daytona Beach hospital room Saturday morning, then barricaded herself inside, as CrimeOnline previously reported. Daytona Beach police Chief Jakari Young said the couple made the pact about three weeks ago when Jerry Gilland told his wife he was dying.

The standoff between the elderly woman and heavily armed police lasted for about four hours after Ellen was unable to go through with the suicide portion of the agreement, the chief said.

“The goal was for him to do it, but he did not have the strength, so she had to carry it out for him,” Young said. “We were able to establish a dialogue with her, we used a distractionary device to get her to put that gun down long enough for us to hit her with less lethal (force) and get her into custody.”

The “distractionary device” was a flash bang, Young said, and the “less lethal” force was a bean bag round, according to WESH.

The Gillands were the only people in the room at the time, and no one else was hurt.

“At no time were any of the hospital staff threatened or any other patients,” Young said.

Ellen Gilland was charged with first degree murder and three counts of aggravated assault with a deadly weapon, WKMG reported. She was appointed a public defender.