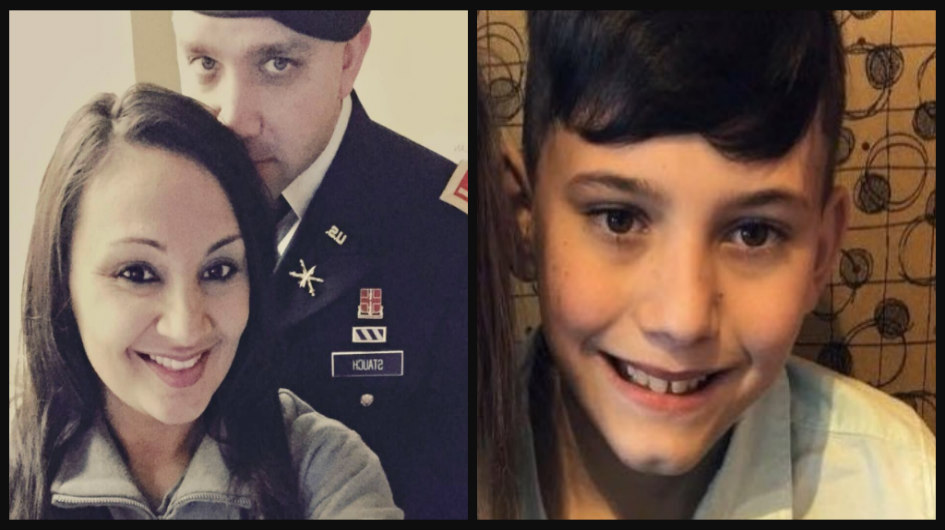 As the stepmother of a missing Colorado boy faces murder charges for his presumed death, her husband quietly filed for divorce.

KDRO reports that Eugene Albert Stauch filed a petition for dissolution of marriage on Friday morning, days after his wife Letecia “Tecia” Stauch’s arrest. Albert Stauch is the father of 11-year-old Gannon Stauch, who disappeared in January while in his stepmother’s care.

Tecia Stauch previously told CrimeOnline she never harmed Gannon and had no idea where he could be. However, authorities said they found enough evidence to arrest her on charges of first-degree murder, child abuse, tampering with evidence, child abuse, and tampering with a deceased person.

Although Gannon hasn’t yet been found, investigators say he is likely deceased.

Meanwhile, as CrimeOnline previously reported, Stauch was on her way back to Colorado after extradition from South Carolina, when she allegedly slipped through her handcuffs and attacked a deputy. The deputy was reportedly taken to the hospital with injuries.

On Friday, Dickinson County, Kansas, Sheriff Gareth Hoffman told The Gazette that Stauch assaulted a transport officer after she slipped through her handcuffs at “at milepost 284, near Abilene.”

Sheriff’s deputies reportedly took Stauch to a local hospital, then transported her to the Saline County Jail, where she spent the night on Wednesday. According to Hoffman, Stauch was taken to the Saline jail because the Dickinson County Jail was full at the time.

It’s unclear whether Stauch will be charged for the incident.

Gannon Stauch was last seen on January 27. Stauch previously told CrimeOnline that Gannon left their home off of Mandan Drive in the Lorson Ranch neighborhood, near Colorado Springs, at some point between 3 p.m. and 4 p.m., for a friend’s house.

Gannon hasn’t been seen since. Stauch is the primary suspect in the boy’s presumed death and remains behind bars at the El Paso County Jail in Colorado, without bond.

Stauch’s next appearance is scheduled for March 11.