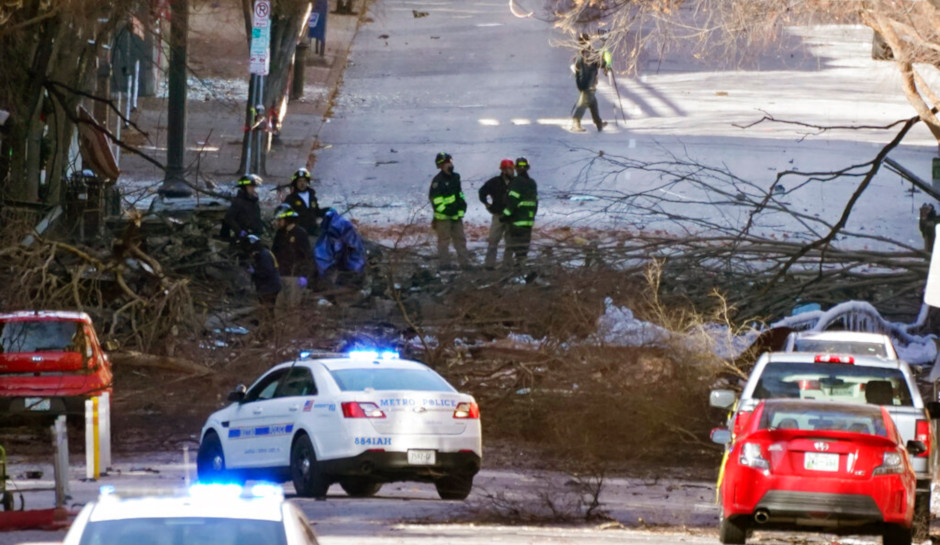 Investigators have identified a person of interest in the Christmas Day explosion in downtown Nashville, The Tennessean reported Saturday.

State and federal agents converged on a duplex in Antioch, about 12 miles southeast of Nashville, Saturday morning for “court authorized activity,”  FBI public affairs officer Darrell DeBusk told the newspaper. DeBusk said no arrests have been made.

Neighbors told the paper that they had seen a camper similar to the one used in the blast parked at the home recently. A similar vehicle could be seen parked at the residence in Google Street Views.

The RV, parked on a deserted downtown street early Friday morning, exploded hours later at about 6:30 a.m. after broadcasting a warning message on a loop that there was a bomb in the vehicle and urging people to evacuate, as CrimeOnline previously report. Police arrived on scene about an hour before the blast when residents in the area reported hearing gunfire, although it’s not clear if there was gunfire or if was also recorded.

When officers discovered the RV, they called the bomb squad and began evacuated buildings in the area, but the blast occurred before the bomb squad arrived. Three people were hospitalized with non-life-threatening injuries. Nashville authorities credited six officers on the scene with life-saving actions before the explosion.

The vehicle was parked outside an AT&T facility that contained communications equipment. The blast knocked out phone service and emergency communications over a wide area and prompted Nashville International Airport to ground flights.

At a news conference Saturday afternoon, officials did not comment on the activity in Antioch but said investigators are “making progress.”

Several blocks around the blast site are on lockdown as the investigation continues, and Mayor John Cooper issued an emergency declaration that included a curfew for within an area bounded by James Robertson Parkway, 4th Avenue North, Broadway, and the Cumberland River until 4:30 p.m. on Sunday.

At least 41 buildings were damaged, and crews are checking each one before allowing business owners and others access. Metro Nashville Police Chief Drake said that each building will have to be cleared by Metro Codes before they can again be occupied.

On Friday, officials said they had found what might have been human “tissue” in the area, but lab tests have not yet confirmed that information.