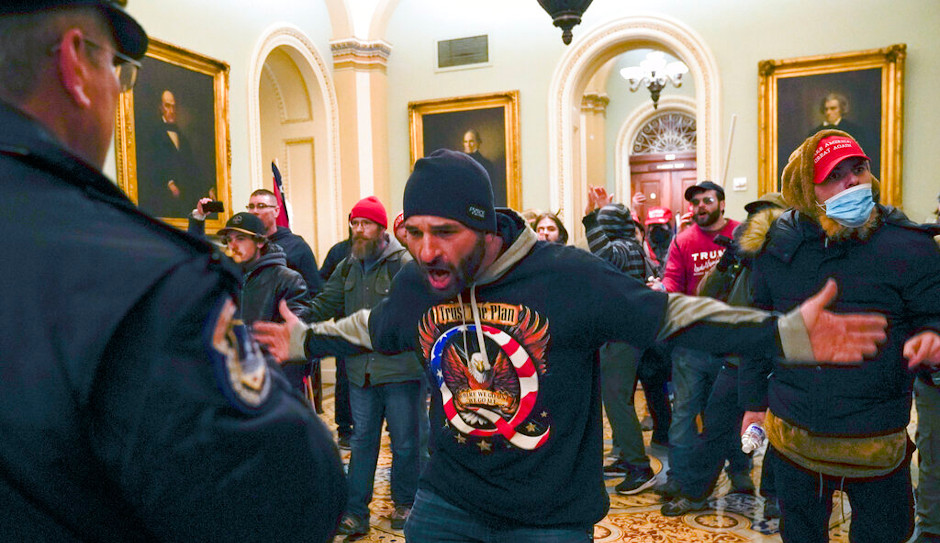 Two Capitol Police officers have been suspended for their conduct during Wednesday’s attack on the US Capitol by a mob of violent supporters of President Trump’s baseless contention that last November’s election was stolen from him.

Rep. Tim Ryan, D-Ohio, said Monday that one of the officers donned a “Make America Great Again” cap while directing rioters inside the building and the other took selfies with rioters outside the Capitol, NBC News reported.

Ryan, the chairman of the House Appropriations subcommittee, also said that interim Capitol Police Chief Yogananda Pittman was taking “aggressive action” to investigate any role Capitol officers may have played in the turmoil, which saw a mob of shouting rioters push past officers into the building in a matter of minutes, NBC Washington reported.

Pittman was tapped over the weekend to replace Steven Sund after Sund stepped down over security failures during the riot.

Ryan’s spokesman, Michael Zetts, said that 10-15 officers may be under investigation, but he had not further details.

Four people died in the riot, including Capitol Police officer Brian Sicknick, who was critically injured and later died. A second officer who was at the Capitol that day — Howard Liebengood — committed suicide days later. It’s not known if there was any connection between Liebengood’s suicide and the riot.

Authorities have reportedly told journalists that they are dealing with several officers who are struggling with the the aftermath of the riot, including one officer who turned in her gun because she feared she might use it on herself.