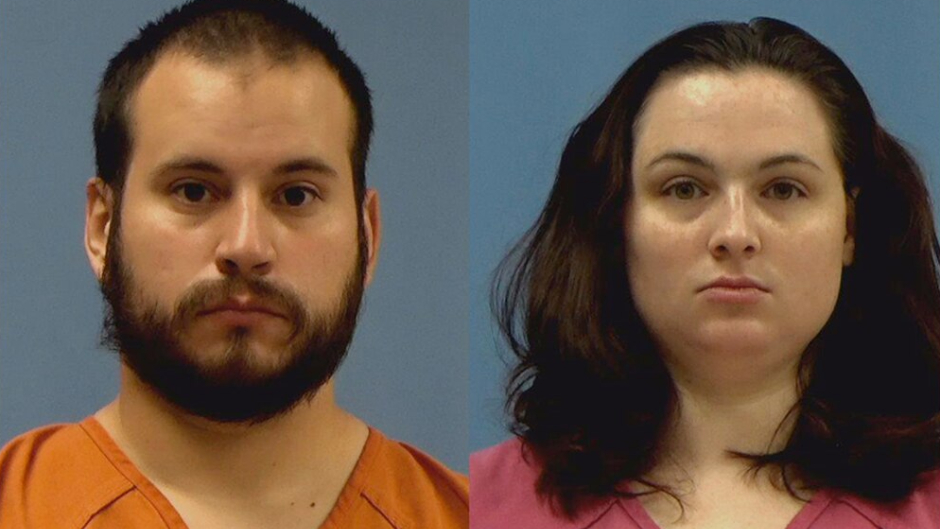 Cop & wife film themselves having sex with teen girl: Police

A Texas police officer and his wife turned themselves in on Wednesday amid allegations they filmed a sexual act with a 17-year-old girl.

Georgetown police officer Samuel Tejeda, 28, was placed on administrative leave on January 27, a day after the police department was made aware of the allegations. The officer and his wife Ashley Tejeda, 25, are accused of having sex with the underage girl while Ashley Tejeda filmed it, according to KEYE.

Police executed a search warrant at the Tejedas’ home on January 29, four days before they issued a warrant for their arrests. Officers reportedly found a computer hard drive that was intentionally damaged.

According to KXAN, the 17-year-old told authorities that she had sex with Samuel Tejeda multiple times in her backyard and at the couple’s home. Ashley Tejeda allegedly admitted to having a sexual relationship with the girl and recording one of the encounters on her phone.

Ashley Tejeda allegedly deleted the illicit footage upon learning of the pending criminal charges against her husband.

Ashley Tejeda also said she knew the girl was 17 when she started a sexual relationship with her, according to the Austin American-Statesman.

The Tejadas are not being charged with having sex with the girl, as the age of consent in Texas is 17. The criminal charges stem from allegations they filmed a sexually explicit video involving someone younger than 18.

Samuel and Ashley Tejeda are charged with sexual performance of a child. They were released from custody after each posting $60,000 bail.