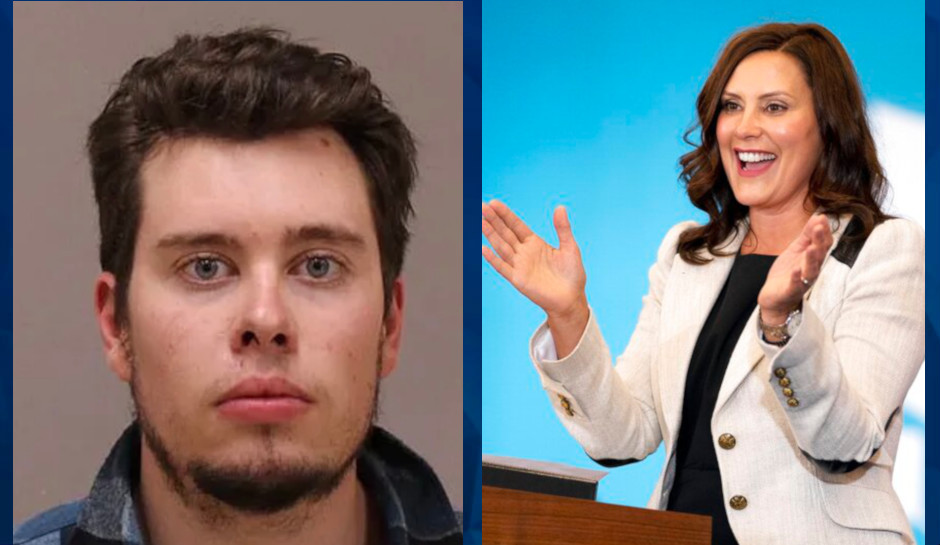 Ty Garbin, 25, pleaded guilty to his role in the conspiracy in January.

A Michigan man was sentenced to six years in prison on Wednesday for his role in a conspiracy to kidnap Michigan Governor Gretchen Whitmer last year.

Ty Garbin, 25, pleaded guilty in January — the only one of the defendants to do so and the first of them to be sentenced — and will serve as a “star witness” in any trials that go forward, his attorney and prosecutors have said.

In court on Wednesday, Garbin issued an apology to both Whitmer and his own family for his actions, the Detroit News reported.

“I can’t even begin to imagine the amount of stress and fear her family members felt due to my actions,” he said. “And for that I am truly sorry.”

US District Court Judge Robert Jonker cited Garbin’s cooperation and genuine apology in issuing the sentence and said he hopes it will help deter other people from being swept up in extremism.

Garbin and five other people — Michigan residents Adam Fox, Daniel Joseph Harris, Kaleb Franks, and Brandon Caserta, and Delaware resident Barry Croft Jr — have been charged in federal court for their parts in the plot, as CrimeOnline previously reported. Their trials area expected to begin later this year. They have argued that they were entrapped by federal agents, although Garbin’s testimony would be a strong counter to that argument. He has already testified before a ground jury, allowing prosecutors to file additional charges, the News reported.

Eight other people have been charged in state court related to the plot and other threats to overthrow the government, CrimeOnline has reported.

Both prosecutors and Garbin’s attorneys asked Jonker for a more lenient sentence than the 14 to 17 years provided in Michigan’s guidelines, noting that Garbin pleaded guilty before the discovery portion of the process, according to the News.

“But Garbin did not wait to see what his chances were of escaping accountability,” prosecutors wrote in an August 18 sentencing memorandum. “He knew what he had done, knew it was wrong, and took action.”

Prosecutors hope the lighter sentence will encourage other defendants to plead guilty.

Read CrimeOnline’s coverage of the plot to kidnap Michigan’s governor.