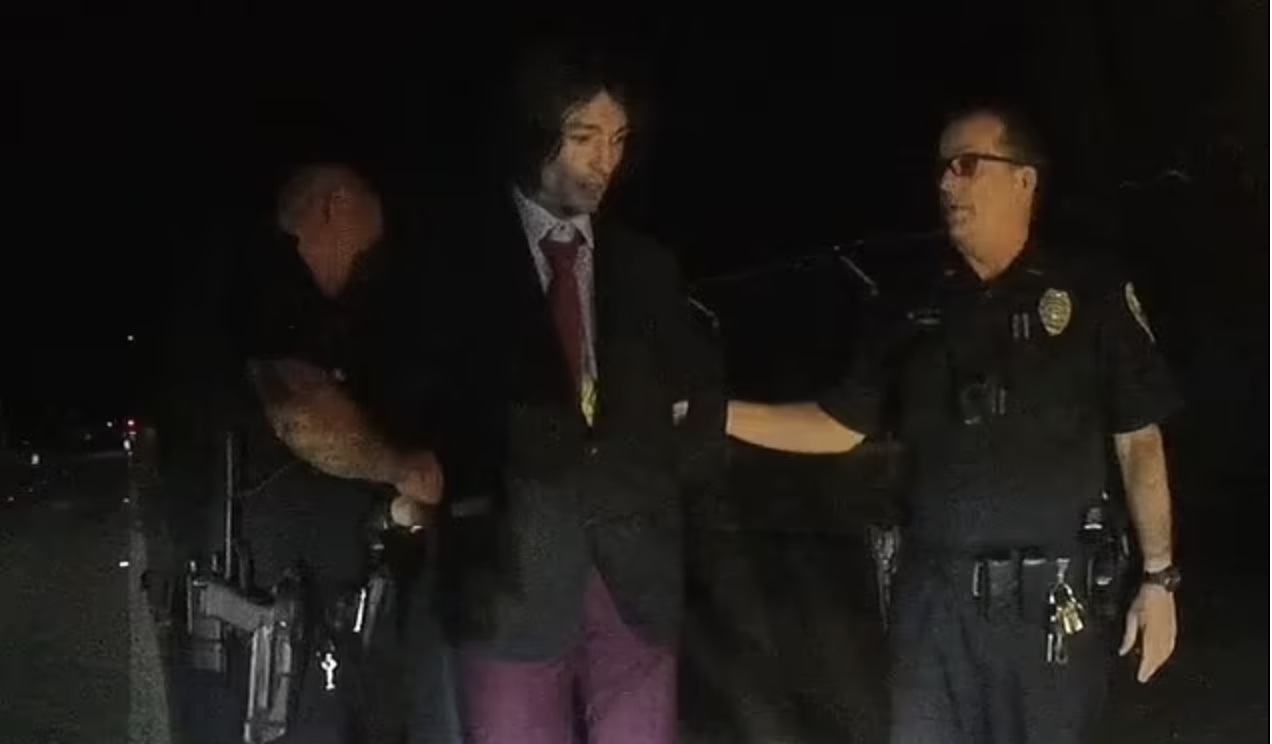 Body camera footage from police officers arresting Ezra Miller in March shows The Flash star accusing officers of touching their penis and demanding not to be searched by a man because they’re “transgender non-binary.”

The 29-year-old actor was arrested on March 28 in Hilo, Hawaii, when they tried to stop a woman from singing karoake and tried to grab the darts out of a man’s hand as he played the game, as CrimeOnline previously reported.

Miller was charged with disorderly conduct after allegedly spitting in a dart player’s face. In the body cam footage, they told arresting officers they were the actual victim of assault because “a guy in that bar declared himself a Nazi. I have it on film and he attacked me,” Mediate reported.

Miller demands badge number and names — “Full name!” — from the arresting officers and claims they were assaulted for. making “NFT crypto art.”

They also warn officers not touch their “Flash ring” which “means a lot to me” and is “very valuable.”

Miller accuses on officer of touching their penis, which the officer denies, then shouts, “Please don’t do that! I’m transgender non-binary I don’t want to be searched by a man.”

They were booked for disorderly conduct and released on a $500 bond.

Weeks later, Miller allegedly threw a chair at a woman at a party and was charged with second-degree assault.