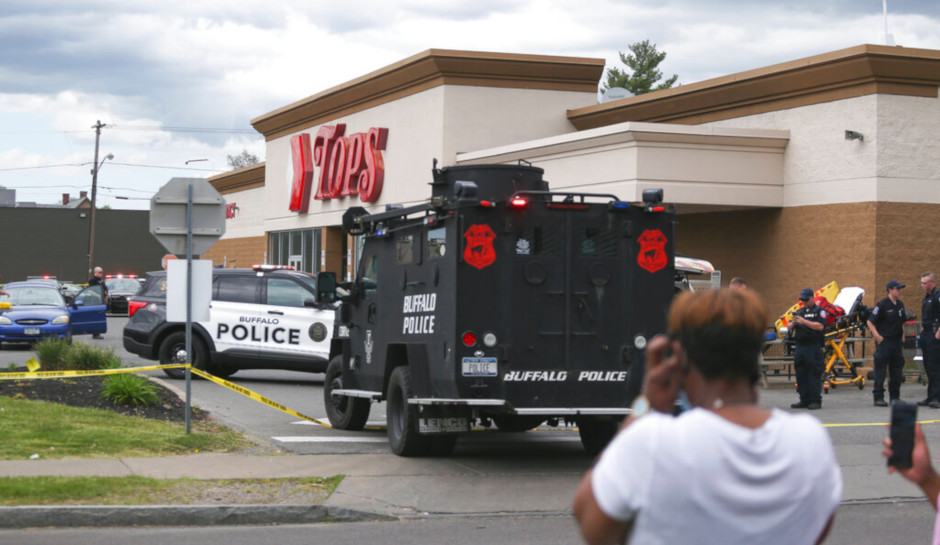 911 Dispatcher Hangs Up on Buffalo Supermarket Worker Amid Mass Shooting That Killed 10: Police

A 911 dispatcher was placed on administrative leave on Monday for allegedly hanging up on a caller who sought help amid Saturday’s mass shooting at a New York supermarket which killed 10 people.

Latisha, an assistant office manager at Tops Friendly Markets in Buffalo, said she called 911 as suspected gunman Payton Gendron, 18, roamed through the store. The employee alleged that the dispatcher berated her for whispering before hanging up — leading her to call her boyfriend to have him call 911, according to The Buffalo News.

“She was yelling at me, saying, ‘Why are you whispering? You don’t have to whisper,’ and I was telling her, ‘Ma’am, he’s still in the store. He’s shooting. I’m scared for my life. I don’t want him to hear me. Can you please send help?’ She got mad at me, hung up in my face,” Latisha recalled.

A spokesperson for Erie County Executive Mark C. Poloncarz said an internal investigation began on Sunday and the dispatcher, who has not been publicly identified, was placed on administrative leave the following day pending the outcome of a May 30 disciplinary hearing. The dispatcher could be fired as a result of that hearing, according to The Buffalo News.

Buffalo police officers apprehended Gendron — who was reportedly wearing body armor — six minutes after they were dispatched to the supermarket.

Saturday’s mass shooting is believed to be racially motivated, as Gendron reportedly penned a 180-page manifesto in which he details his beliefs in the “great replacement,” a racist ideology that declares that white people and their culture are being erased by an influx of immigrants and other racial minorities. Gendron allegedly wrote that he originally planned to kill himself but ultimately decided to commit a mass shooting 200 miles from his home.

Gendron reportedly live-streamed Saturday’s shooting on Twitch, and a racial slur was seen on the gun he used to shoot 13 people, 11 of whom were Black.

On Thursday, a grand jury indicted Grendon, who is charged with first-degree murder. He is due back in court on June 9.