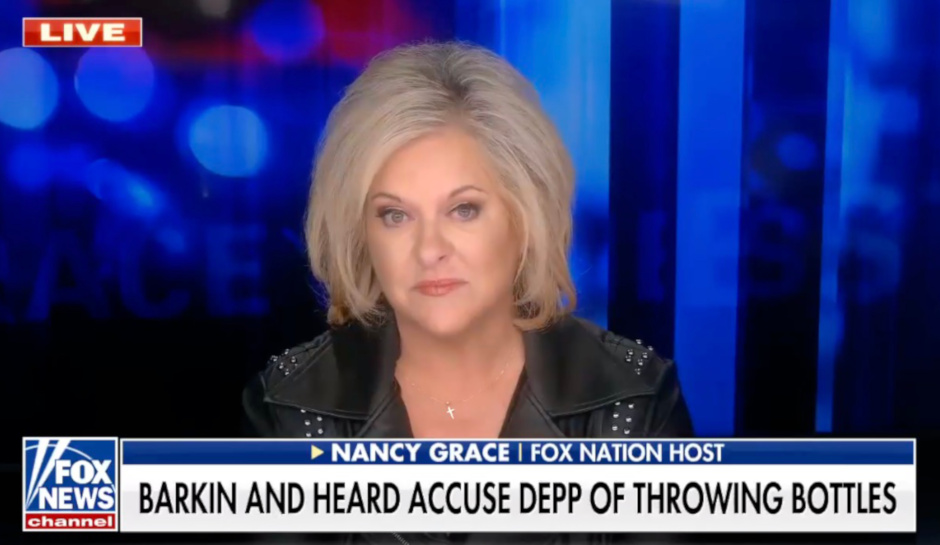 Nancy Grace: Johnny Depp ‘Is His Own Undoing, Not Amber Heard’

CrimeOnline’s Nancy Grace described the Amber Heard-Johnny Depp battle as “two wet cats in a barrel” on Friday but said Thursday’s witness list was a “hit parade” on Depp.

“Everybody is drunk and high and on drugs,” Grace told Fox News. “I don’t know, if I was accessing their credibility, who even knows what really happened.”

Barkin, who was in a sexual relationship with Depp in the mid-1990s, testify that the actor was “jealous” and “controlling” and had once thrown a wine bottle across a Las Vegas hotel room while fighting with a group of people, as CrimeOnline previously reported.

“The jury is gonna connect with her and like her,” Grace said, “as opposed to Amber, who comes across as very unlikeable. They’re going to believe Barkin.”

Grace also discussed Disney executive Tina Newman’s testimony that Heard’s Washington Post op-ed was the reason behind Depp’s loss of his role as Jack Sparrow in the “Pirates of Caribbean” franchise.

“Blah blah blah,” Grace said. “I don’t believe her and here’s why: The op-ed came out, and very shortly after that, he was cut loose. Two and two still equal four.”

Still, she said, Thursday’s testimony was damaging to Depp’s case.

“All these witnesses talking about him spiraling, that he was so high, that he was so drunk, that he was so late,” she said. “Have you ever made a crew wait six hours? I haven’t. They don’t like it. Idon’t care how affable and likable he is, if he became unreliable, even in Hollywood, he was radioactive.”

“He is his own undoing, not Amber Heard.”